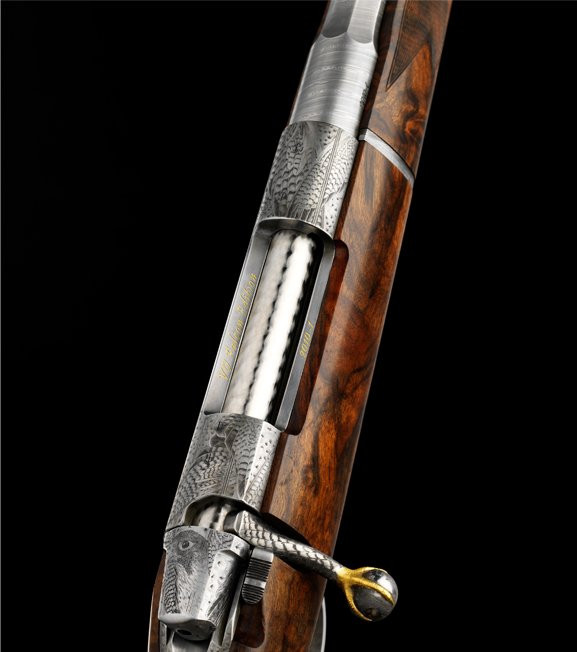 Swedish gun and rifle maker VO Vapen have created a limited-edition handmade hunting rifle billed as the most expensive rifle in the world.

Featuring engravings of Peregrine and Saker falcons, the VO Falcon Edition, which is limited to just five units, is designed in honour of the falconry traditions of the Arabian world.

To tie the rifle even more strongly to the region, its octagon barrels are made of Damascus steel – the only rifle in the world to feature the material, according to the VO Vapen’s Master Gunsmith Viggo Olsson.

Mr Olsson said: “When we came to The Gulf Region for the first time, in 2005, we were overhelmed with the warm reception and hospitality from the leaders and from the people.

”We understood that this is a region where people appreciate traditions and true craftsmanship.”

As well as the unique use of Damascus steel, the rifle also marks the first time a VO take down rifle has been built with full stock.

Mr Olsson added: “When we cut one of the walnut roots that we have been storing for 10 years, we were blessed with the luck to find a piece of extremely beautiful wood in the centre plank.

“We had no choice, it just had to be used in this rifle.”

VO Vapen was founded by Viggo Olsson in 1977. Today, the company creates and builds exclusive rifles all by hand, for celebrities, royalty and VIPs across the world.