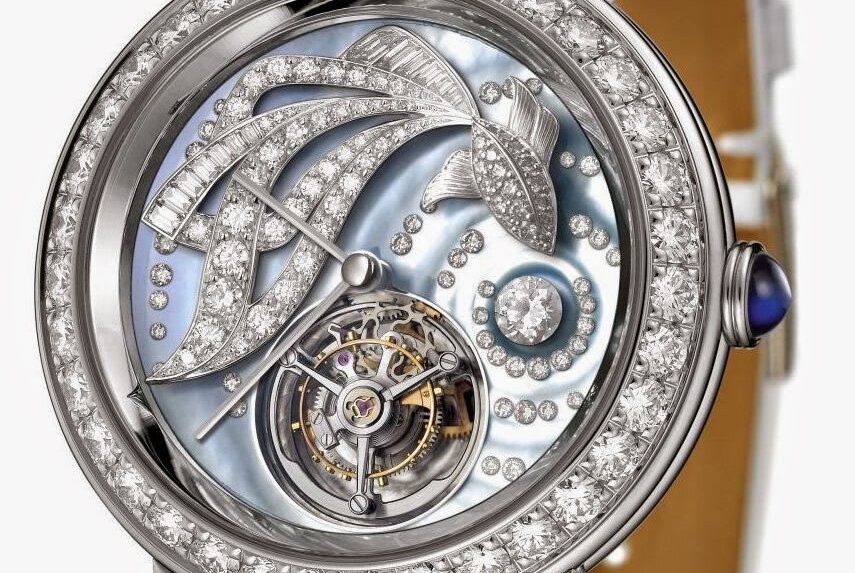 Called Epure Tourbillon ‘Ama Fish’, the watch is an addition to the brand’s Epure collection, which first launched two years ago, and comes in a 43mm polished white gold case set with round diamonds and a blue sapphire cabochon adorning the crown.

The jewel studded fish swims above the carriage of an striking ‘flying tourbillon’, which serves as the watch’s focal point. Highlighted by blue mother-of-pearl on the dial, the fish’s head is set with diamonds and its tail has an openwork design, so that it appears to sway above the depicted blue waves.

The fish’s tail fins also set with pavé baguettes diamonds that have been worked at different heights to enhance the contours.

The 43mm polished white gold case is set with round diamonds and a blue sapphire cabochon adorns the crown.

Pricing and availability of the eye-catching watch has not yet been announced.