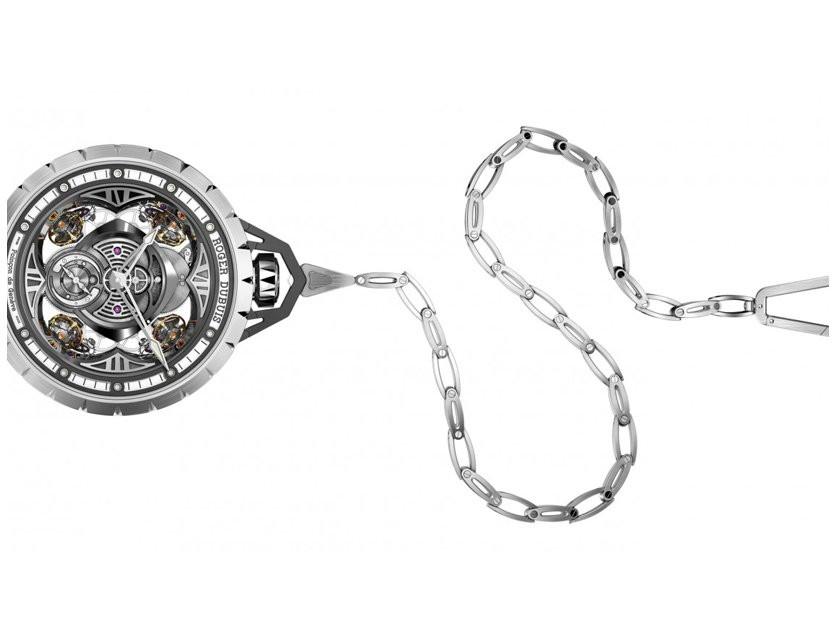 Among the array of eye-catching timepieces on display at the recent Watches & Wonder fair in Hong Kong was a stunning limited edition creation by Swiss brand Roger Dubuis.

Limited to just 28 pieces worldwide, the Excalibur Spider Pocket Time Instrument boasts a 60mm titanium case and matching titanium chain – but its most striking feature is its oversized RD101 movement, which has four separate balance wheels.

Each wheel is placed at opposing angles and are connected through a series of differential gears so they compensate for each other's slight inaccuracies.

According to its creators, this movement operates at a frequency of 16 Hz to ensure an exceptional degree of precision.

The new piece is the second Dubuis creation to house this movement, following the launch of the Quatuor wristwatch in 2013.

Other notable features include 590 components (of which 113 are jewel bearings), minutes and hour tracks on the edge of the dial and a power reserve sitting at 6 o'clock.

The Excalibur Spider Pocket Time Instrument is priced at $468,500.