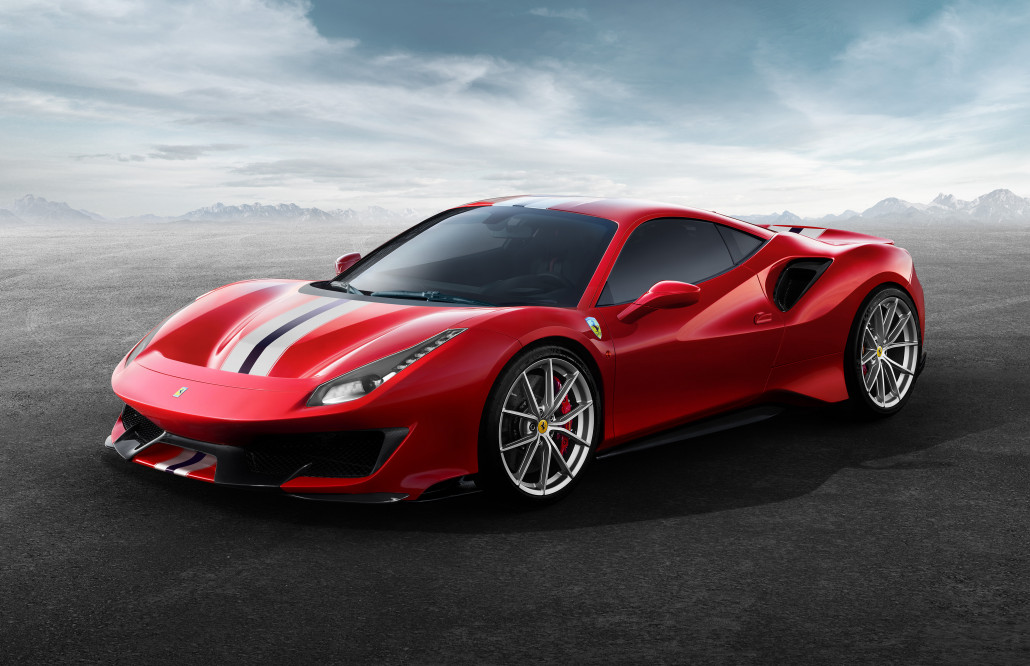 The Ferrari 488 Pista: A Homage to Racing Glory

Among the array of eye-catching cars set to be showcased at the 2018 edition of the Geneva Motor Show, which kicks off in less than two weeks, will be the brand new Ferrari 488 Pista.

The successor to Ferrari’s V8-engined special series which have received critical acclaim for their performance and handling, the Pista is billed as marking a significant step forward in terms of both sporty dynamics and the level of technological it carries over from  Ferrari’s legendary racing endeavours.

Indeed, the name of the car is a direct homage to Ferrari’s unparalleled heritage in motor sports, and in particular the company’s involvement in the FIA World Endurance Championship, where it has won five Manufacturers’ titles in the GTE class in the six years since the series’ inception, and 25 years’ experience in running the Ferrari Challenge one-make series.

The car’s extensive weight-saving solutions, along with engine, vehicle dynamics and aerodynamic developments all derive from Ferrari’s racing cars: the 488 GTE and the 488 Challenge. The result is a car with an uncompromising mission: to offer track-like performance on and off the road, even when in the hands of non-professional drivers.

Compared to the 488 GTB, the new model weighs an impressive 90 kg less which, when combined with the largest ever increase in engine power for a special series car (+50 cv), results in a new benchmark for Ferrari’s V8 sports cars.

Its engine is the most powerful V8 in Ferrari history and is an extreme evolution of the turbo unit that has won the overall International Engine of the Year award titles in both 2016 and 2017.

The engine sound is unique and unmistakably Ferrari, both in the sound quality and the intensity are higher than the 488 GTB in all gears and at all engine speeds in proportion with the progressive increase in power.

Meanwhile the car’s racing livery colour scheme is an integral part of its design, with contrasting edging on the aerodynamic elements on the bumpers and flanks adding structure to this eye-catching design.

The car also features for the first time on a Ferrari optional 20” carbon-fibre wheel rims, while other carbon-fibre parts include the engine cover, bumpers and rear spoiler.