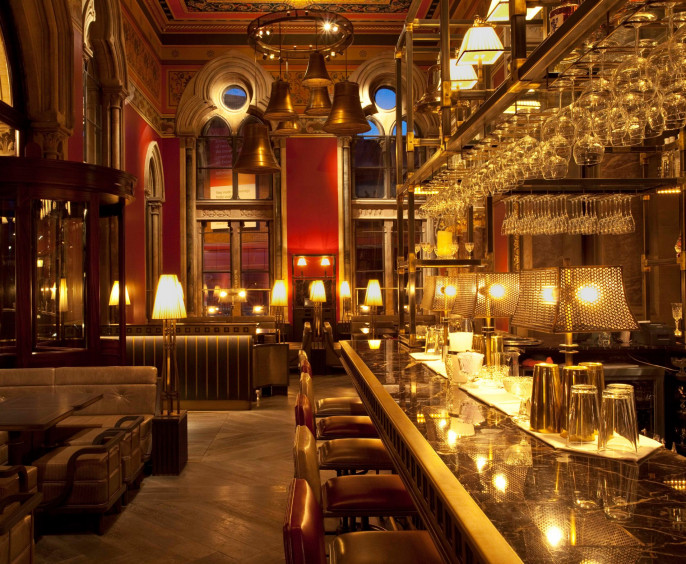 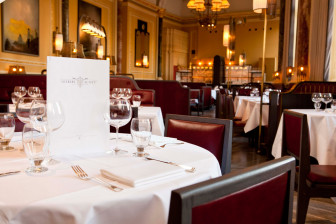 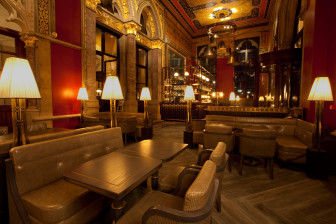 The Gilbert Scott At The St Pancras Renaissance Hotel

Expectation so often being the enemy of success, it is little wonder that new restaurants frequently struggle to meet the hype foisted upon them by excitable marketing and a public vulnerable to hyperbole.

Some manage to defy the curse of inflated publicity, perhaps by virtue of one quirky and reliably-exceptional dish (see: the Meat Fruit at Heston Blumenthal’s ‘Dinner’), but others are forced to ride a nascent wave of disappointment, as critics and laypeople alike discover that the temple of gastronomic nirvana they were anticipating is in fact a mere corporeal purveyor of accomplished grub.

When the Gilbert Scott opened in London earlier this year, it faced an even more daunting challenge. Housed inside the reopened St Pancras Renaissance Hotel (formerly the Midland Grand Hotel) above St Pancras Station, and named after the famous architect who designed the 1873 Victorian Gothic building, it is a majestic location.

With its fairytale red façade, cathedral-like stonemasonry and soaring ceilings, the sense of occasion that greets you on arrival is palpable. But, if anything, the aesthetic drama only serves to heap pressure onto the main event, which in a restaurant can – and should – only ever be the food.

Speaking of which, the other imposing name attached to the Gilbert Scott, Marcus Wareing, comes with a reputation as a culinary master, his eponymous eatery at The Berkley hotel in Knightsbridge the owner of two Michelin stars.

The theme of his Kings Cross venture is to deliver ancient recipes with a modern twist in the setting of a grand British brasserie. With Heston’s aforementioned “Dinner” outlet also exploring our culinary heritage in a similar fashion, the accusation of band-wagon jumping is an easy one to make – perhaps too easy, since Wareing has already proved himself as a chef of great originality.

Indeed, boasting a helmsman of this stature and a venue of equal prestige, we took our seats at our crisply-laid table wondering how it would be possible for the Gilbert Scott to underwhelm.

Were our instincts correct? To a large extent, yes. Both the starters of baby squid with duck egg for me, and pheasant soup with dumplings and chestnut for my companion, were outstanding. The unctuous egg yolk combining splendidly with the tender squid, whilst the addition of pumpkin seeds added texture and an unusual twist. The Pheasant soup was full of the flavours of the season and the dumplings managed to be substantial enough to give the dish heart but light enough to leave room for more. So far, so excellent.

For mains, my companion’s Scottish Halibut was cooked to perfection, with the accompanying Jerusalem artichoke and Scotch Bonnet mushrooms balancing well with the meatiness of the fish. My choice of Soles in Coffins - lemon sole with vermouth cream, shrimps, mace and crispy potato – was perfectly nice, but lacked the clout to propel it into the realms of excellence, with the vermouth cream, despite its noble efforts, failing to provide it.

Dessert had been decided upon days earlier, without so much as a glance at the menu, thanks to the eulogistic reports on what are dubbed Mrs Beeton’s Snow Eggs. Yet despite the sumptuous components, I remained unmoved by what on paper promised so much, and on this occasion, alas, it was indeed a case of hype over substance. On a happier note, my companion’s baked apple tart with meringue and clotted cream was a masterful interpretation of an old classic – the pastry as flaky as one could wish for and a nigh-on perfect meringue.

So a verdict? The Gilbert Scott comes as close as you could hope to meeting your expectations. The food ranges from good to sublime, and the odd underwhelming dish should not detract from the general levels of excellence. Hype or no hype – the Gilbert Scott cannot fail to impress.