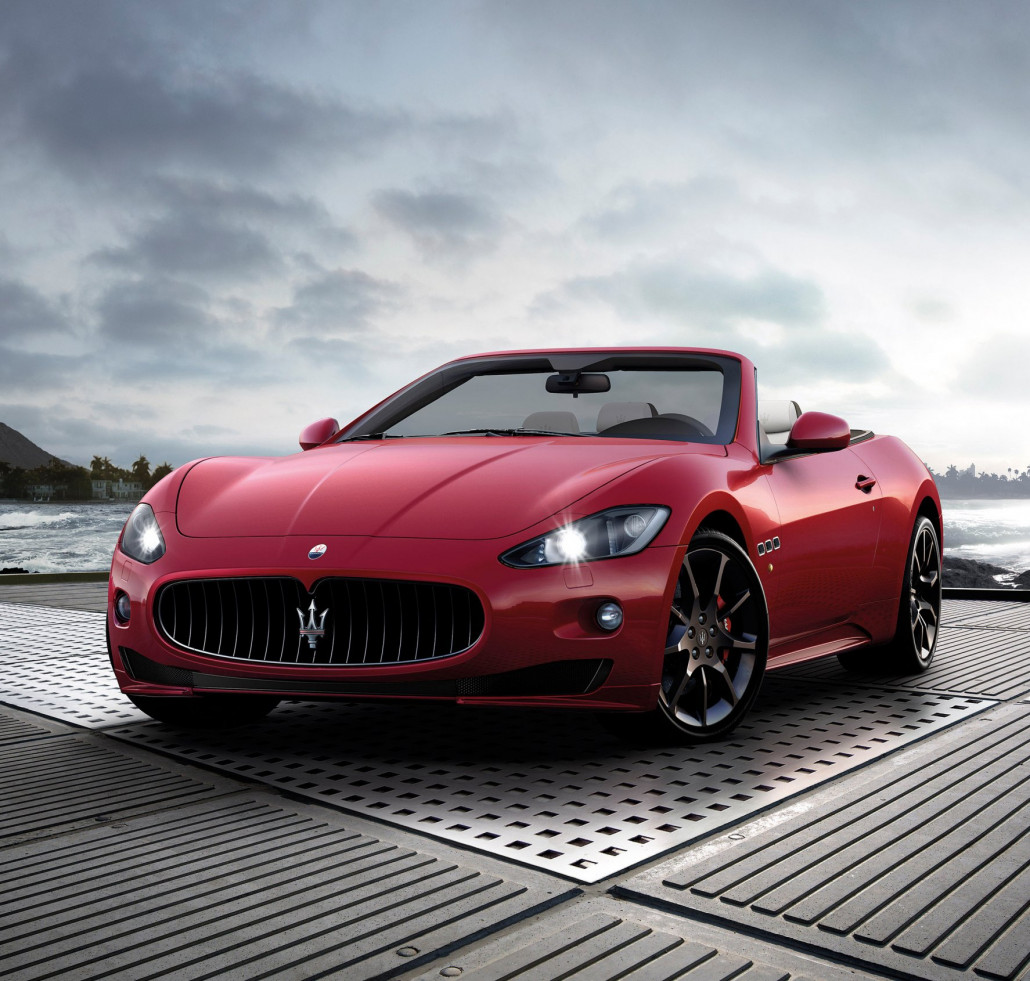 The GranCabrio Sport from Maserati

The new model is billed as offering more driving enjoyment thanks to an improved overall vehicle dynamics, more horse power, a more responsive and efficient engine and optimised gearshift response.

The original GranCabrio was launched at the 2009 Frankfurt Motor Show. Now Maserati hope that the Sports edition takes its grand-touring convertible to a new level.

Capable of hitting top speeds of 177mph (285km/h), the Italian manufacturer has also managed to reduce the car's combined cycle fuel consumption by 6 per cent to 14.5 litres/100km.

Other modifications include a revised Skyhook active suspension, as well as the introduction of grooved and drilled dual-cast brake discs.

The vehicle is made distinctive by its black front grille that uses a Trident with red accents, black-style headlights with white sidemarks, new front corner splitters and sideskirts.

The GranCabrio Sport will be on global sale starting from summer 2011.