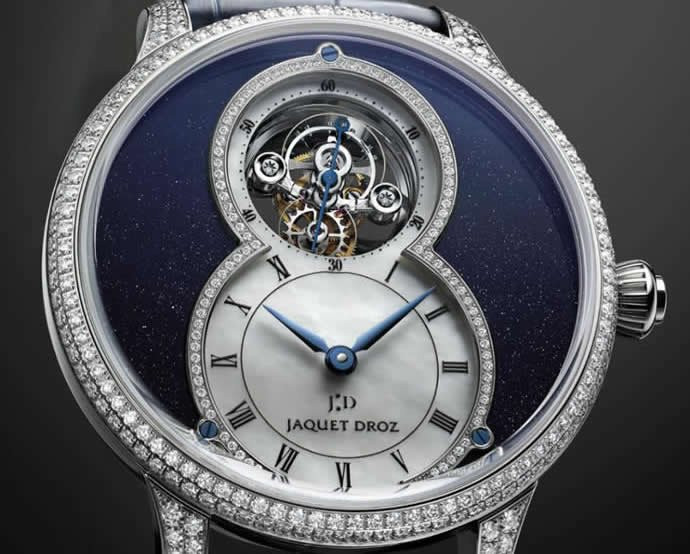 First previewed at the Baselworld watch fair in March, the Grande Seconde Tourbillon Aventurine is limited to just 28 pieces and features a dial and oscillating weight cut from a disc of aventurine.

But perhaps its most notable design feature is its tourbillon that has been embellished with mineral glitter to mimic a starlit night sky.

The watch is housed in a 39mm white gold case and its averturine dial is dotted with diamonds on its bezel and lugs, plus around the contours of the famous figure-of-eight motif subdials.

Other key components include a self-winding mechanism fitted with a power reserve of 7 days and a custom-made piece of aventurine set into the 18-karat white gold oscillating weight.