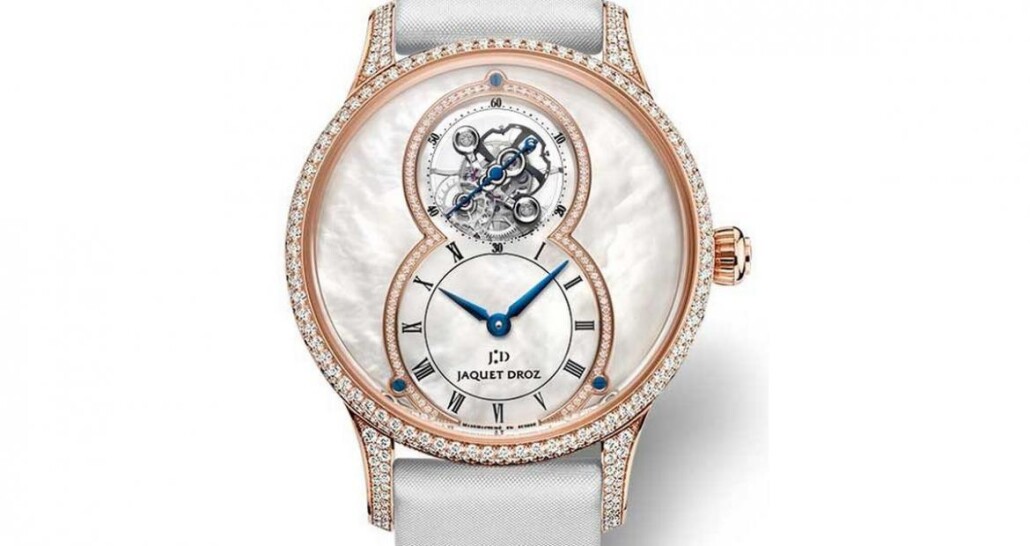 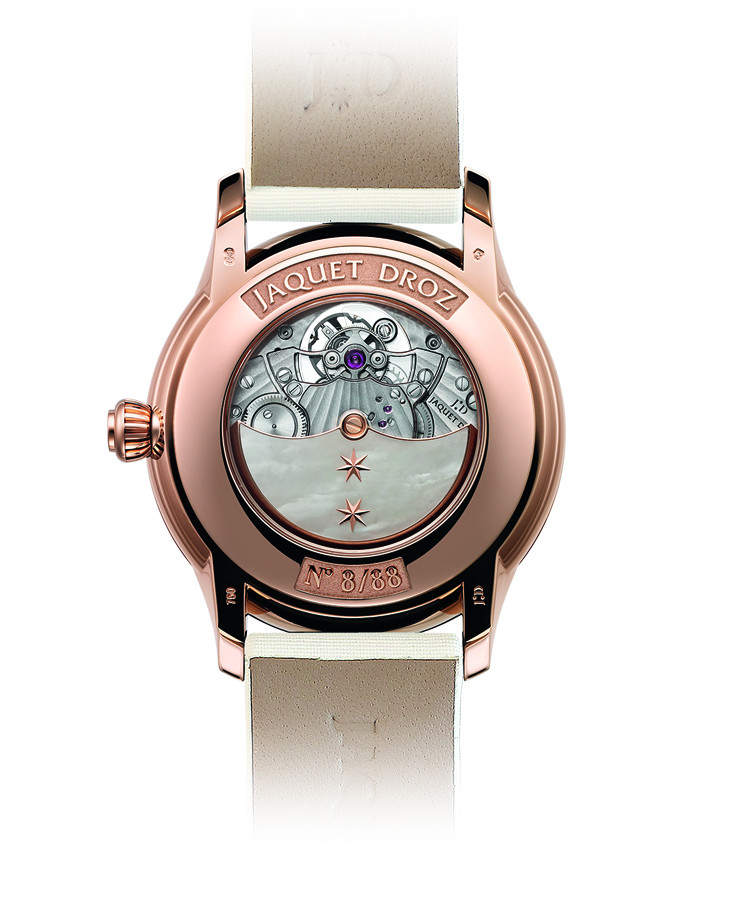 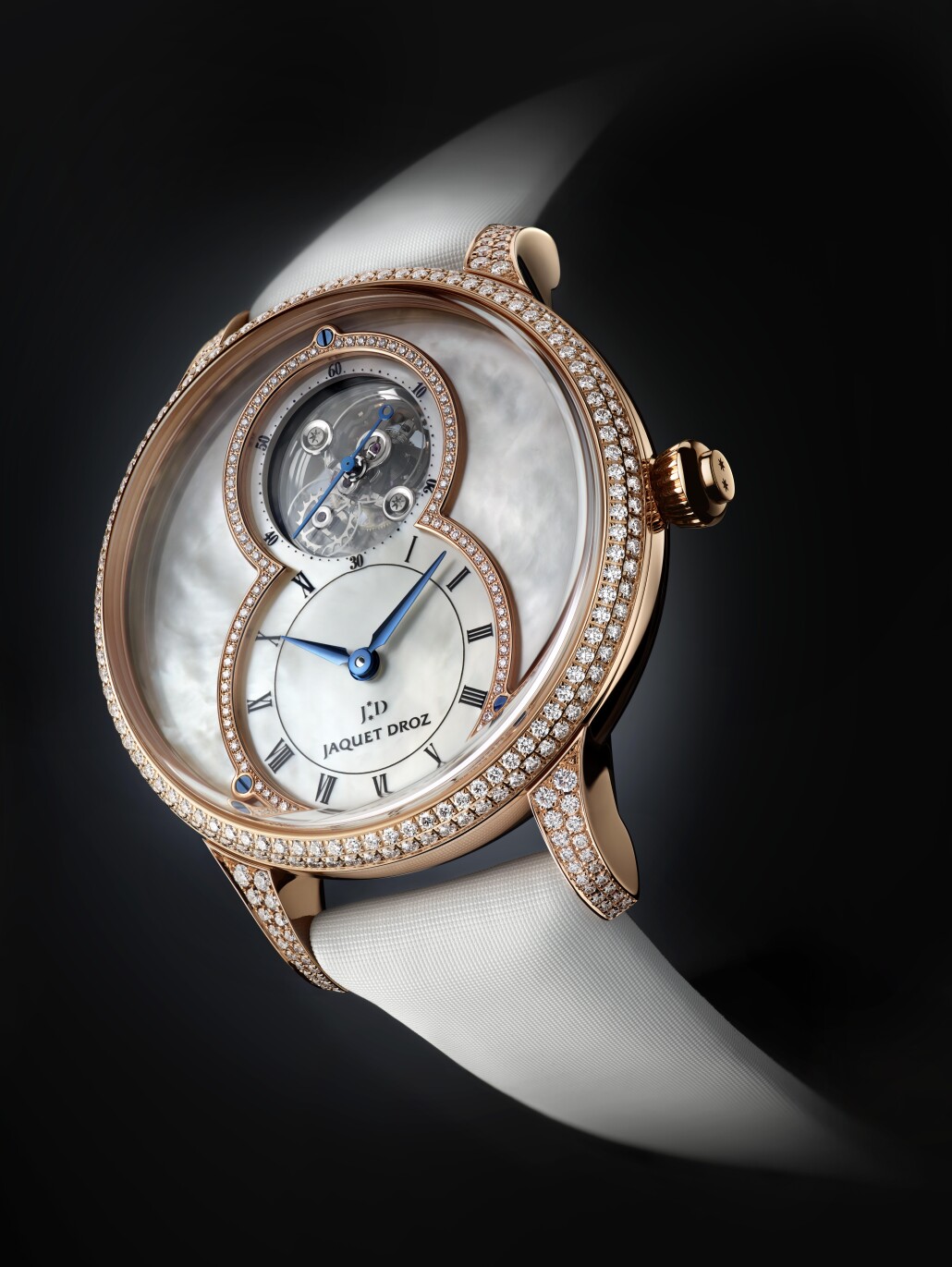 The Grande Seconde Tourbillon Mother of Pearl by Jaquet Droz

The pre-Baselworld excitement continues to gather pace with a number of watch brands preparing to unveil new models at the prestigious show in Switzerland.

Among them are Swiss watchmaker Jaquet Droz who will be taking with them to the Geneva show an eye-catching new woman’s timepiece called the Grande Seconde Tourbillon Mother-of-Pearl.

Inspired by the age of Enlightenment, the watch features a 39mm red gold case with brilliant cut diamonds glittering on the bezel and lugs, and a sapphire crystal caseback.

On the mother of pearl dial are two subdials that form a figure 8, while the time is indicated on roman numeral indices with blue steel hands.

Inside is a tourbillon, which, for the first time in the brand’s history, has been fitted with a silicone balance spring and pallet horns.

The Grande Seconde Tourbillon Mother-of-Pearl timepiece will be on display at Baselworld between 27 – 30 March.