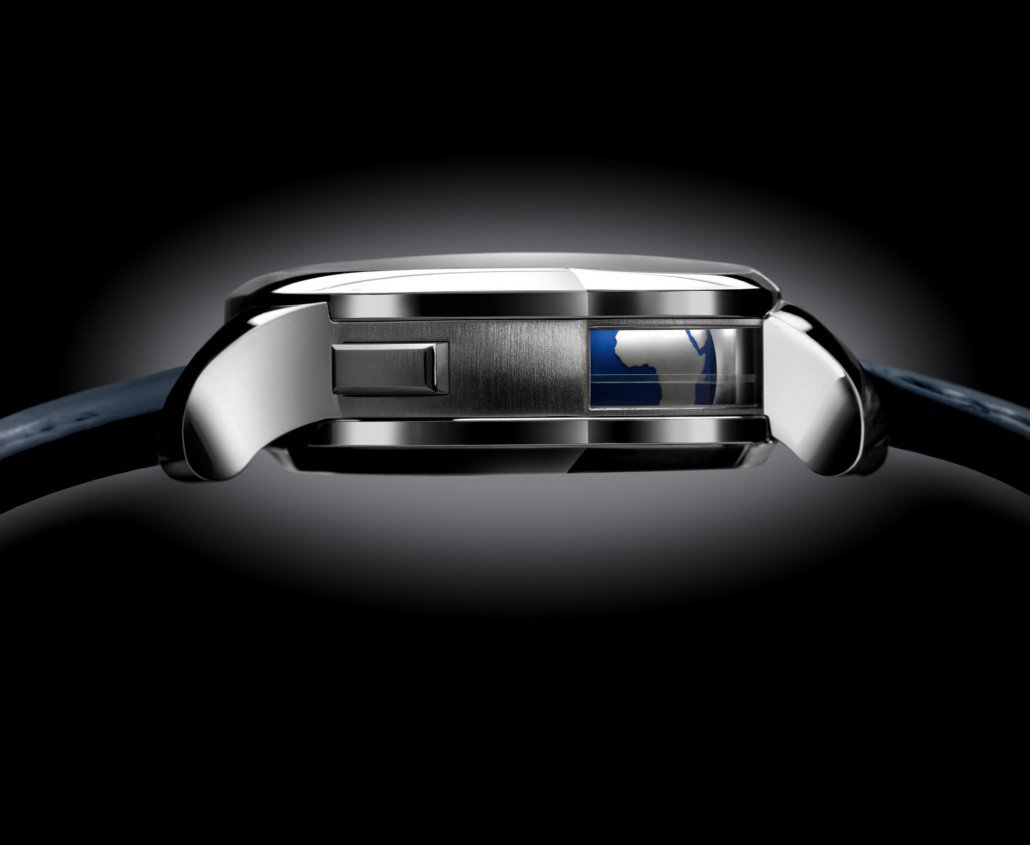 Amongst the array of timepieces on display at the SIHH watch fair currently taking place in Geneva is a stunning creation from watch-makers Greubel Forsey.

The 18-carat gold Greubel Forsey GMT boasts a spinning miniature globe under its glass which mimics the earth by making one complete rotation every 24 hours. The globe even copies the real thing by moving in an anticlockwise direction.

Painted blue to highlight the oceans, the globe is made of lightweight titanium and is surrounded by hour indicators split into white and black numbers indicating the daytime and night-time hemispheres.

A world time disc on the back is engraved with the names of 24 cities around the world, each representing one of 24 global time zones.