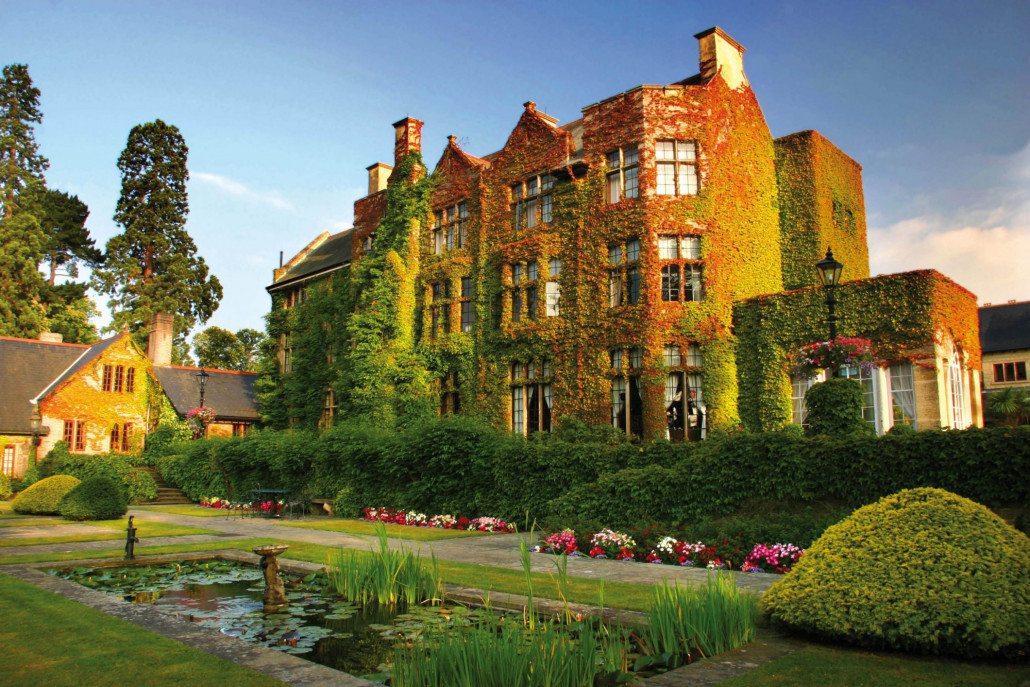 The Latymer at Pennyhill Park: Decadent Dining in a Fairytale Setting

The long and winding pathway that eventually leads to the magical 19-century manor house that is Pennyhill Park is a fitting foretaste of the delights that follow.

Indeed, with its fairy tale-like setting, the stately venue, which spans some 100 acres of land, succeeds in creating a sense of occasion even before you walk through its grand ivy-clad entrance.

Central to Pennyhill Park’s vision is The Latymer, its acclaimed restaurant that earned its second coveted Michelin star in 2013, placing it among an elite band of less than 20 restaurants across the United Kingdom.

Helmed by British chef Michael Wignall, The Latymer has gained almost unanimous admiration in recent years for its consistently creative, high-precision cooking underpinned by a philosophy of letting ingredients stay true to themselves.

As our Iranian-born sommelier, the exuberant and highly knowledgeable Ali Rasouli Nia, told us, his team often peer at their chef’s latest creation and wonder how on earth its myriad components will work in harmony. Invariably, they soon acquiesce.

With its old-world wood panelling and ornate fireplaces, The Latymer’s classically furnished dining room provides the perfect setting for the chef to showcase his extravagant – almost theatrical – culinary talents. And he does so with aplomb.

Each of the ten Tasting Menu courses is imaginatively concocted, exquisitely presented and perfectly cooked – a tour de force of a meal delivered by a true gastronomic visionary performing at the top of his game.

Highlights included improbably fresh seared yellowfish tuna served with dashi jelly, pickled mushrooms, wakame, nori crisp, warm seaweed tea and soy emulsion that was so pretty it could have been framed, while suckling piglet with a light honey mustard, pak choi, salt bakes swede and golden enoki was a masterclass in turning unctuous meat into a delicate treat.

Indeed, whether it was fish, meat or vegetables, not an element was out of place. Even a dish based around the humble carrot managed to enthral thanks to its inventive coupling with ricotta, buckwheat milk and puffs.

The meticulousness extended to the wines, too, with our pairings including a 2012 Zweigelt from Austria served lightly chilled to smoothen its flavours, an intriguing but exceptionally balanced 2012 Riesling Edition ARN (named after the initials of our sommelier), and a strong and sweet 2007 Voudomato from Santorini, Greece a perfect accompaniment to our pre-dessert.

In a world where Michelin stars are handed out like confetti, The Latymer is a restaurant that proves that when executed with passion, precision and flair, this style of gastronomic experience remains the benchmark for all others.