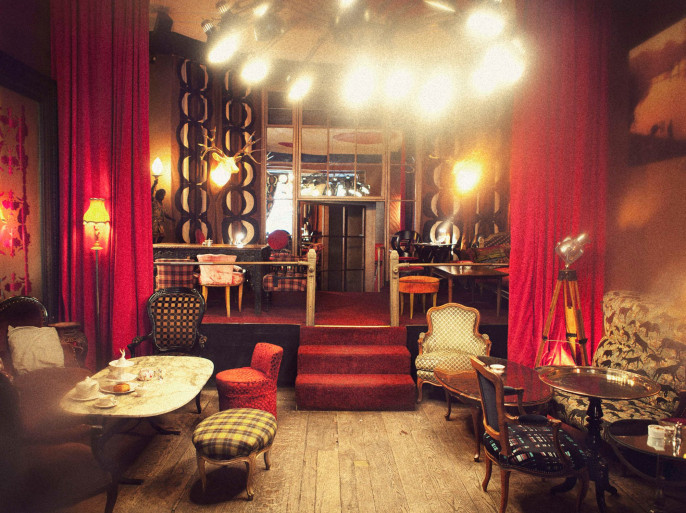 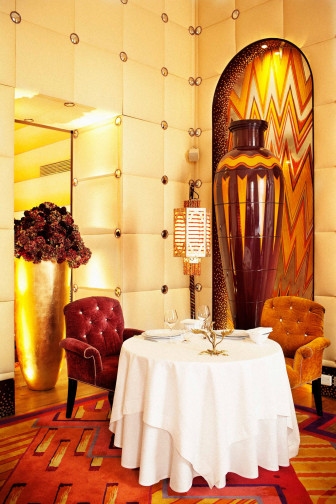 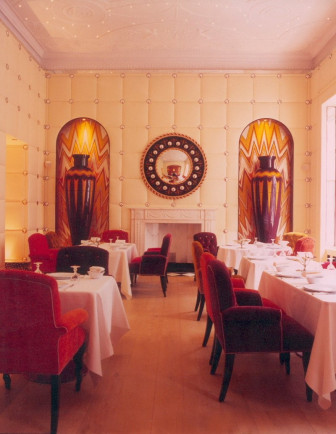 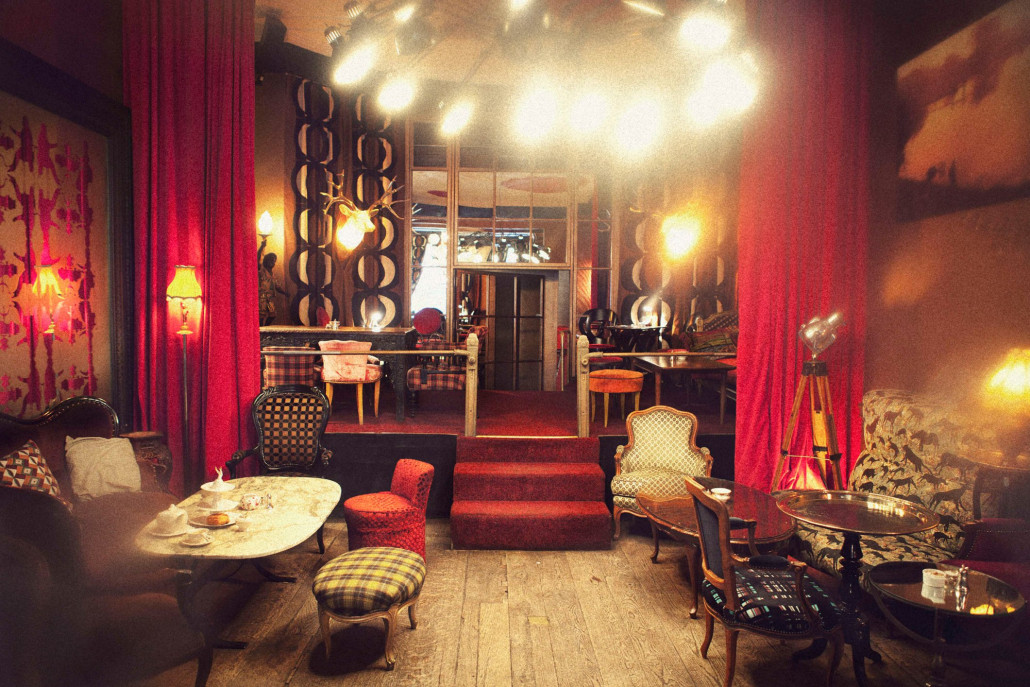 The Lecture Room & Library at Sketch

The sense of drama that sets Sketch apart from possibly any other venue in London begins long before the first morsels of food enter your mouth.

Located just moments from Carnaby Street, itself a relic of 60s psychedelia, off of London’s prestigious Regent Street, Sketch sucks its guests into a vortex of colour and decadence the moment they step foot through its doors.

Cavernous, crystal-encrusted bathrooms create the sensation of being on the inside of a jewellery box, or perhaps on the set of The Nutcracker, and it all amounts to a breathtaking introduction.

In fact, so impressive are the surroundings that it was tempting to assume an element of style over substance. But when it can boast the Michelin-starred Lecture Room – legendary French chef Pierre Gagnaire's signature restaurant in London – within its confines, there was little danger of such an outcome.

It was in the Lecture Room that we would be dining for our Thursday evening visit, but not before a champagne aperitif in the ultra-stylish Parlour bar located on the ground floor.

Upstairs in the restaurant, entered via giant doors opened with fitting theatrics, as if invited into a royal banquet, the tasting menu got underway with a selection of amuse bouche designed to look like petit fours. The back-to-frontness of a wasabi macaroon and a beetroot marshmallow as a curtain raiser left us in no doubt that the experience owed as much to Alice In Wonderland surreality as it did to Michelin star quality cooking.

Foie gras terrine glazed with a redcurrant jelly and served with a mushroom bouillon had layers of complexity, with the robust umami flavour of the broth searing through the richness of the foie gras and the sweetness of the glaze.

The combination of stone bass with artichoke puree, lardons, melted Swiss cheese and black truffle doesn't sound like something that should work on paper. And, in truth, it didn't entirely with the Alpine flavours somewhat at odds with the delicacy and lightness of the stone bass. But you have to admire a chef with the imagination and the confidence to eschew traditional culinary orthodoxies, even when he doesn't quite pull it off.

From the Alps to the Indian Ocean next, with a dish of lobster cooked in ginger butter and served with banana, mango and black rice wrapped in a lettuce leaf. Flavour-wise, this was much safer terrain; a taste of the tropics simply and brilliantly executed.

Roast scallops with parsnip puree, mustard, montgomery cheddar and onions was a further attempt to marry the delicacy of seafood with hearty, gutsy flavours, but this time the influence coming from North of the Pennines rather than the Alps. This union was more successful, with the sweetness of both the scallops and parsnips amplifying each other but shot through with sharpness from the mustard and cheddar.

The flavours of the Highlands continued to reverberate through the roast fillet of deer with juniper and pigs trotters on toast, served tamarillo chutney and beetroot sorbet. As the meal's crescendo, it hit a real high note; the kind of dish that leaves a taste of regret when you realise you've finished the last mouthful.

Pierre Gagnaire’s Grand Dessert Plate brought us back full circle with a series of beguiling temptations that were, by turns, curiouser and curiouser. Lime foam with passion fruit sorbet and limoncello jelly on a shortbread biscuit; Chestnut cream with orange, blackberry and pistachio; Espresso pannacotta with raisins, grapes, walnuts and served with a Florentine; milk chocolate coated parfait with stewed fruits and a meringue that definitely featured pomegranate but tasted of bubble gum.

It was a dessert that came with a panache that embodied the entire evening's experience, offering as many surprises to the palette as the kaleidoscopic venue delivers to each of your other senses. Sketch this one in your diary.