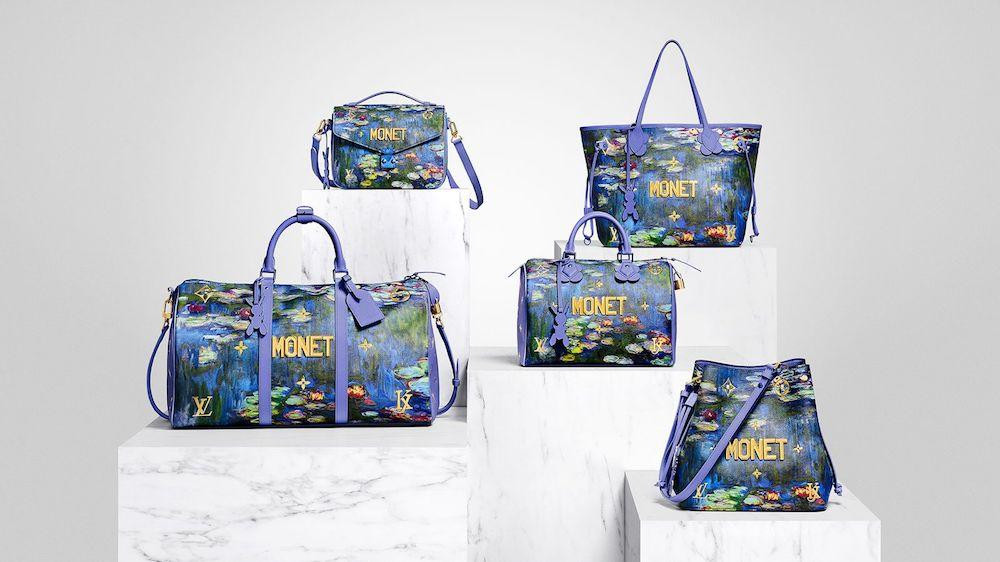 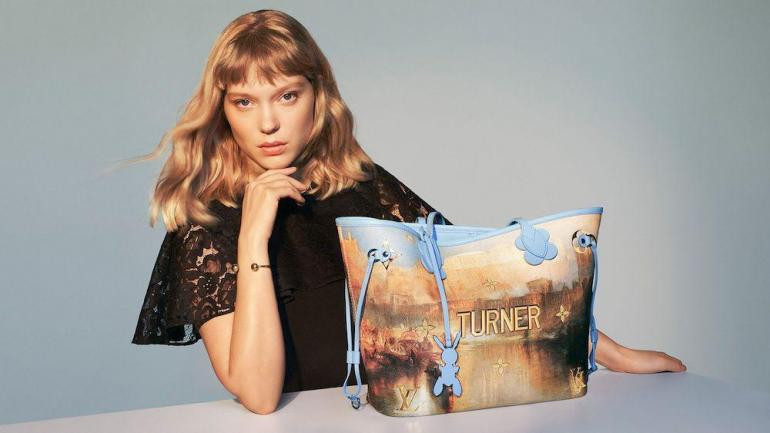 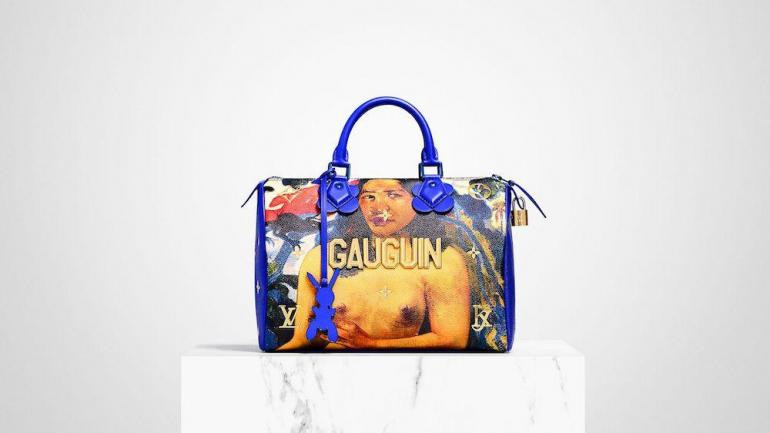 The first partnership led to the creation of pieces that honoured names including Da Vinci, Van Gogh, Fragonard, Rubens and Titian – and the latest collection does the same with a new raft of  artistic luminaries such as Monet, Turner, Manet and Gauguin.

As for the impressionist Monet, his 1916 painting ‘Water Lilies’ is according to Koons, “one of the most beautiful, sensual images of nature,” adding, “it is an image that plays between appearing concrete and at the same time breaking down and becoming completely ephemeral.”

Tahiti-loving Paul Gauguin’s 'When Will You Marry?' might be the French artist’s best known work these days, thanks to its record breaking $300 million price received at auction, but it was his 1892 work ‘Delightful Land’ that was chosen for this venture.

As with the original collection, the pieces feature the LV monogram motif, the painters’ names as well as Koons’ initials along with the LV logo. Prices range from $585 up to $4,000.