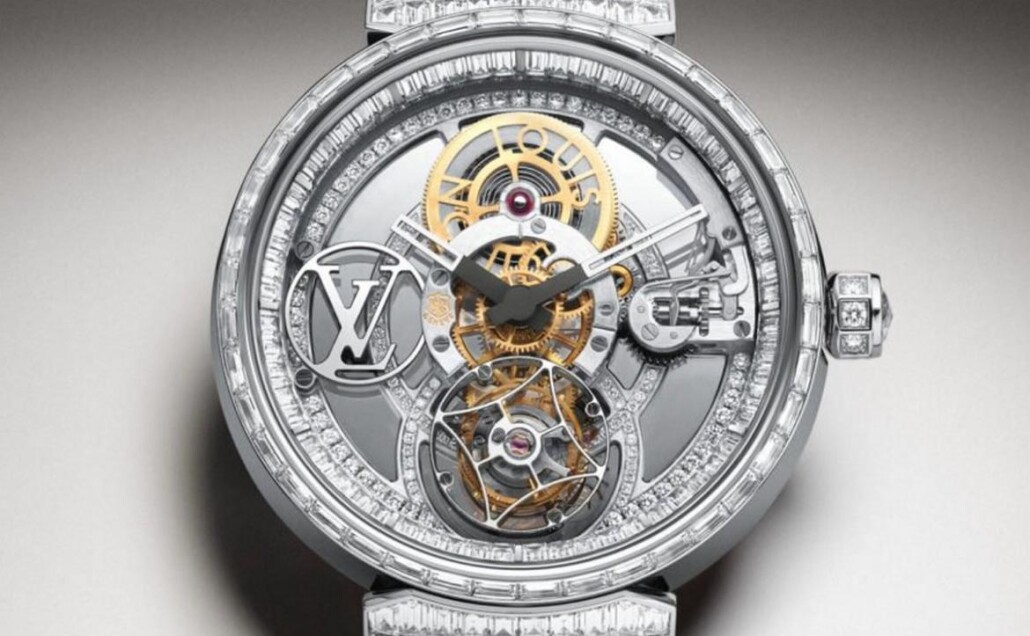 First launched in 2002, the latest addition to the Tambour portfolio is the Tambour Moon Tourbillon Volant “Poinçon de Genève”, a watch that celebrates the opening of Louis Vuitton’s new flagship store in Paris.

This marks the Maison’s return to its roots, with the young Louis Vuitton opening his first shop doors in the same location in 1854.

The new Tambour Moon is adorned with 296 diamonds mounted throughout the case, dial and movement, weighing 7.60 carats in total. . The case and plate are entirely encrusted in the precious stones – a first for a timepiece with the coveted Poinçon de Genève seal.

Meanwhile the curved case encrusted with 145 baguette-cut diamonds houses the manually-wound caliber LV97, which gives the tourbillon an impressive 80 hours of power reserve. The barrel, dial and tourbillon carriage give the impression of floating in mid-air, appearing weightless.

Other notable features include a black alligator strap complete with a platinum clasp pavé-set with further baguette-cut diamonds.

The watch can be viewed at the new Louis Vuitton store in Paris, located at 2 Place Vendôme.