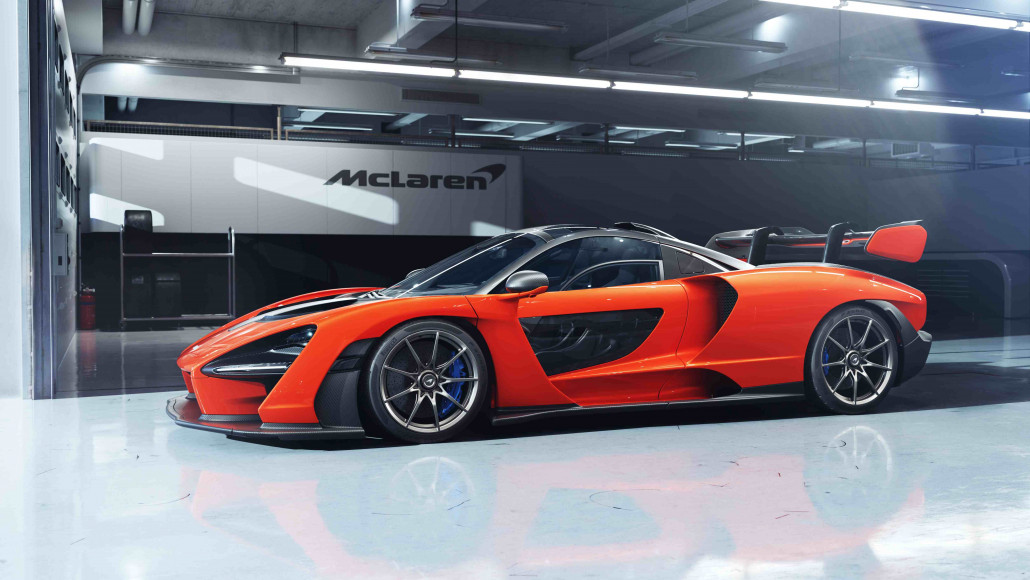 McLaren have unveiled their brand new Senna model, billed as the most extreme road car the British manufacturer has ever created.

Bearing the name of legendary Formula 1 driver, Ayrton Senna, the Ultimate Series car boasts a 4.0-litre twin-turbocharged V8 engine, making it the most powerful McLaren road car internal combustion engine in history. At 1,198kg, it is also said to be the lightest McLaren road car since the iconic McLaren F1.

The carbon fibre Monocage III chassis that forms the core of the Senna is a further development of the structure that underpins the McLaren 720S and the strongest monocoque ever built by McLaren for a road-legal vehicle. Every single body panel is made from carbon fibre, in line with a relentless focus on the weight of every individual component.

“The McLaren Senna is a car like no other: the personification of McLaren’s motorsport DNA, legalised for road use but designed and developed from the outset to excel on a circuit,” says Mike Flewitt, CEO of McLaren Automotive.

“Every element of this new Ultimate Series McLaren has an uncompromised performance focus, honed to ensure the purest possible connection between driver and machine and deliver the ultimate track driving experience in the way that only a McLaren can.”

“Our family is extremely proud of the naming of the new Ultimate Series McLaren Senna,” adds Bruno Senna, racing driver and McLaren Ambassador.

“This is the first project that really connects with Ayrton’s racing spirit and performance. The McLaren Senna honours my uncle because it is so utterly dedicated to delivering a circuit experience that allows a driver to be the best they can possibly be.

The McLaren Senna will be priced at £750,000 and limited to a production run of just 500 units, all assembled at the McLaren Production Centre in Surrey, England during the third quarter of  2018.

For the past 30 years, McLaren has pioneered the use of carbon fibre in vehicle production and since introducing a carbon chassis into racing and road cars with the 1981 McLaren MP4/1 and 1993 McLaren F1 respectively, McLaren has not built a car without a carbon fibre chassis.