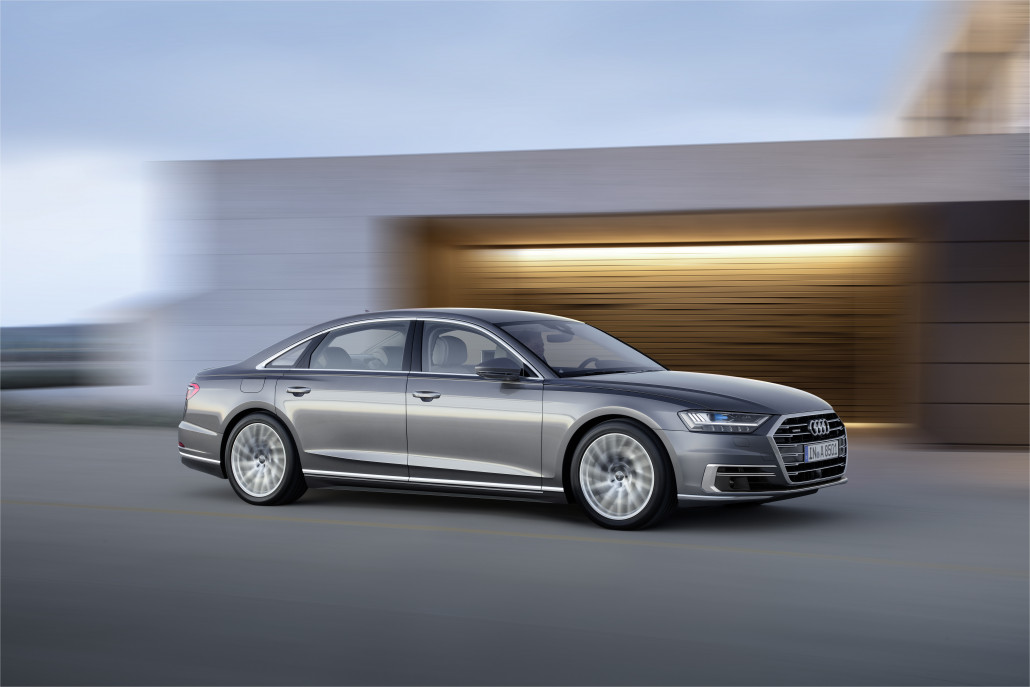 The New Audi A8 Billed as “The Future of Luxury”

The new Audi A8 saloon made its world debut at the Audi Summit in Barcelona yesterday, billed as a fresh beginning in the future of the luxury class and signally a new era for the luxury car maker.

In its fourth generation, the flagship model features a brand new design language, along with an innovative touchscreen operating concept and systematic drivetrain electrification.

It is also the first production car in the world to have been developed for highly automated driving. From 2018, Audi will gradually be taking piloted driving functions such as parking pilot, garage pilot and traffic jam pilot into production.

The Audi AI traffic jam pilot takes charge of driving in slow-moving traffic at up to 37mph on major roads where a physical barrier separates the two carriageways. The system is activated using the AI button on the centre console.

The traffic jam pilot manages starting, accelerating, steering and braking, so that the driver no longer needs to monitor the car permanently. They can take their hands off the steering wheel permanently and, depending on the national laws, focus on a different activity that is supported by the car, such as watching the on-board TV.

As for appearance, the luxury saloon’s front end with its wide, upright single-frame grille and the fluid, muscular body convey power, elegance, sophistication and modernity.

The new Audi A8 is being built at the brand’s Neckarsulm plant in Germany and will be appearing on UK roads in late 2017.