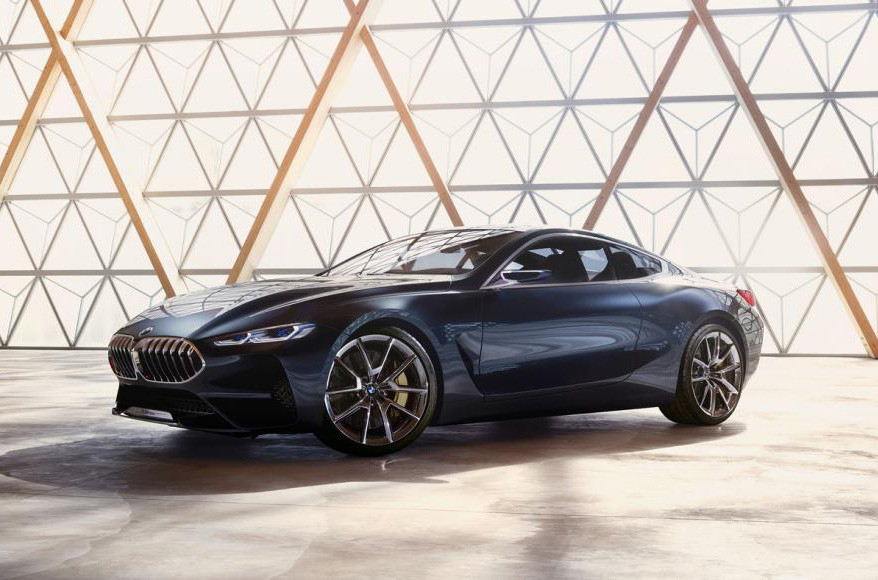 The Concorso d’Eleganza at Villa d’Este on the shores of Lake Como is one of the most prestigious events on the annual automobile calendar.

This year’s edition, which came to a close last week, had its usual roll-call of outstanding cars on display – both young and old – and among them was BMW’s brand new Concept 8 Series model.

BMW recently released a teaser image of the car, but guests in Italy got to see the concept in the flesh, showcasing the new design philosophy the carmaker has adopted for the actual production 8 Series Coupe, slated for launch in 2018.

The production version, sharing its platform with the 5 and 7 Series, is already being billed as the most luxurious – not to mention most expensive – car ever made by the world renowned German brand.

“It is a luxurious sports car which embodies both unadulterated dynamics and modern luxury like arguably no other. For me, it’s a slice of pure automotive fascination.”

The front and the rear of the concept look highly aggressive, sharing design elements with the BMW i8 Hybrid, while the rest of the body has a notably elegant design.

According to BMW, the new 8 Series will effectively replace the existing third-generation 6-Seriesthe and take on the likes of the Mercedes-Benz S-Class Coupe and Bentley Continental GT. BMW has not revealed any technical details on power and performance on the 8 Series Coupe.