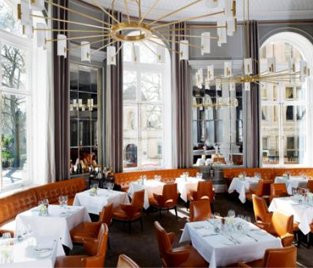 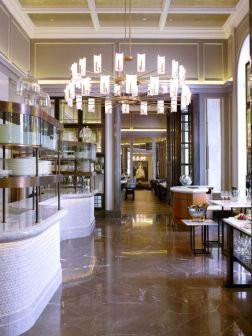 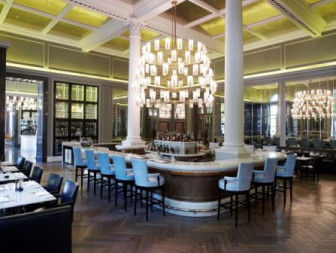 The Northall: A Taste of British Opulence

Nestled in the heart of Central London, overlooking the River Thames and Trafalgar Square, is one of London’s premiere hotel restaurants.

Entering the hotel you are greeted by porters bedecked in traditional attire and schooled in the time-honoured art of quintessential British politeness. It bodes well for what is to come.

A short walk through the hotel lobby and the Massimo Restaurant and Oyster Bar brings you to the hotel’s flagship dining establishment. The Northall’s setting is bright and airy, with high Victorian ceilings and thick, draping curtains creating an atmosphere of old world British opulence.

As for the food, seafood and shellfish play heavily on the menu; as does provenance with every dish listing a producer's name, eg 'Roast cod, curried mussels, potato and celery. Matthew Stevens, St. Ives, Cornwall’. It is a tactic increasingly used by restaurants, who seem to have picked up on a growing public interest in the origins of their food.

After an expertly executed starter of dressed crab, mayonnaise and melba toast came the main event: a perfectly cooked rare fillet steak (Cumbrian shorthorn cattle) accompanied by Bernaise sauce, Portobello mushrooms and chips. When food is this good, you could be eating it on a building site, but to do so in such impressive surroundings added to the sensory overload.

For desert, an exceptional buttermilk pannacotta with lemon cream and cardamom ice-cream wrapped things up perfectly, leaving me to soak in the atmosphere of the venue before departing. Being located in a luxury hotel in London SW1, the restaurant attracts primarily well-heeled customers. But there is no doubt about the star of the show at The Northall.