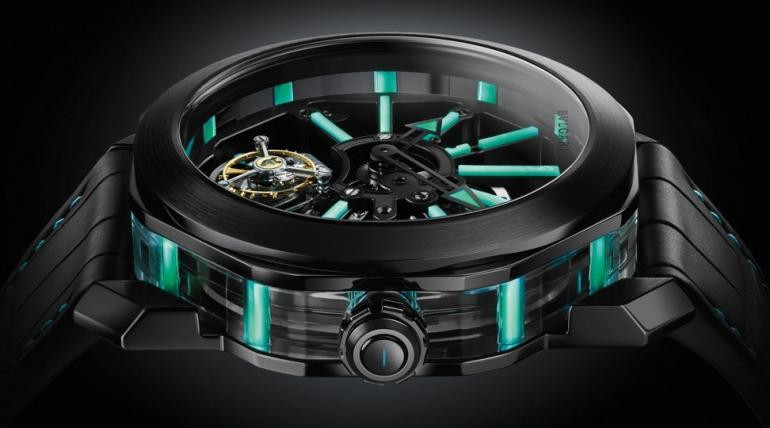 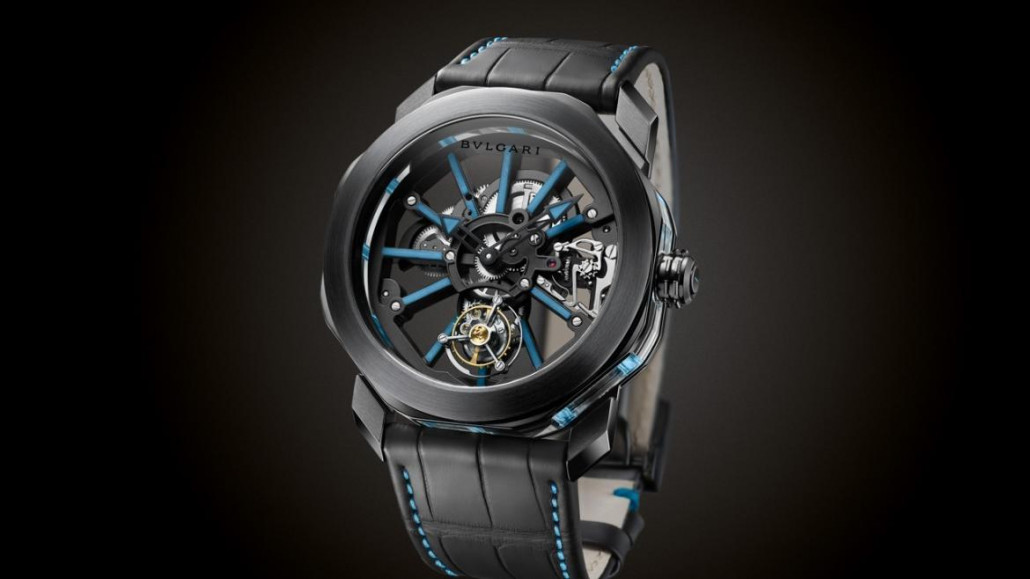 Italian jewellery brand Bulgari has updated its emblematic Octo collection with a blue coloured variant of the Octo Tourbillon Sapphire.

The original piece was launched at last year’s Baselworld expo and was hailed as one of the most futuristic new watches at the show, with the caliber’s DLC-coated bridges doubling up as hour indicators and topped with green luminescent material.

This latest version boasts bridges in striking blue along with same coloured stitching on the rubber-lined black alligator leather strap.

The case of the watch is inspired by the motifs adorning the Basilica of Maxentius, referencing the Roman roots of Bulgari, and measure 44mm.

The watch also comes with a sapphire case middle and a transparent case back, while the titanium case features the same black diamond-like-carbon (DLC) treatment.

Other notable features include an in-house caliber BVL206 with manual winding, regulated by a flying tourbillon making a full rotation every 60 seconds, and a 64-hour power reserve.

The Bulgari Octo Tourbillon Sapphire watch in blue is limited to 50 pieces, each priced at approximately $60,000.