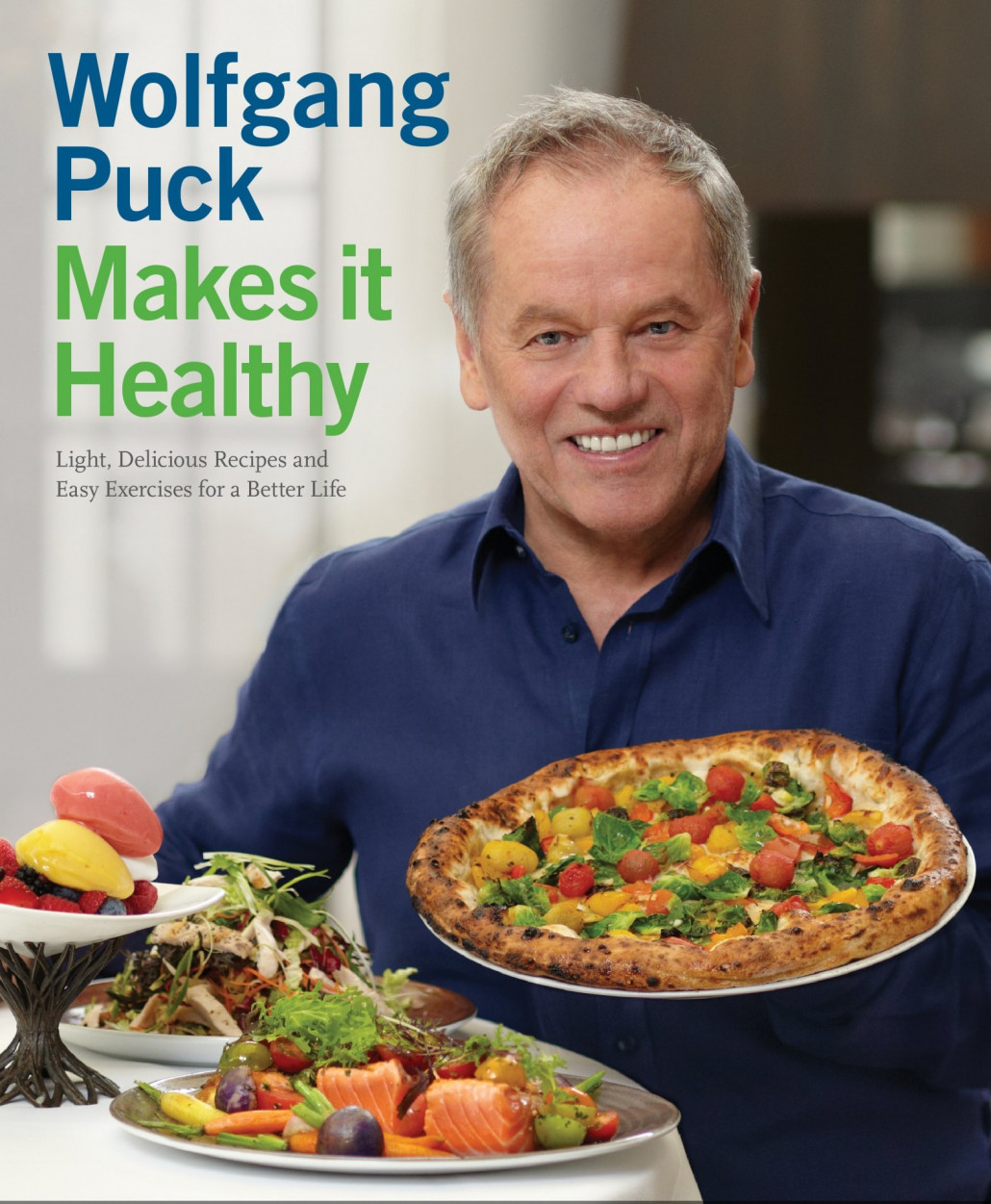 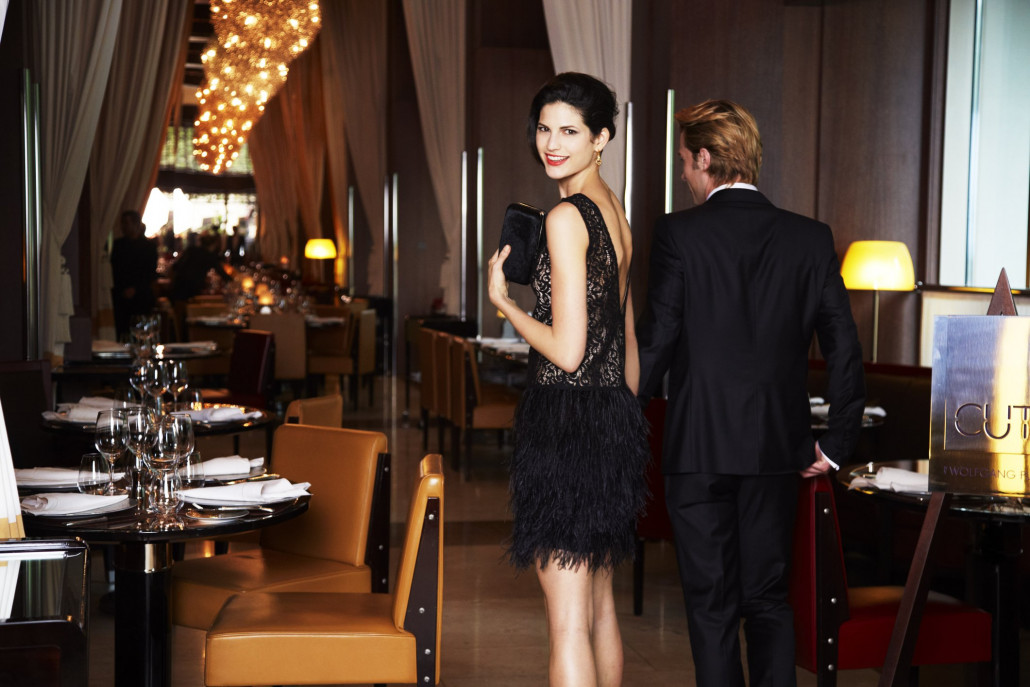 The Original Celebrity Chef: An Interview with Wolfgang Puck

He has cooked for Barack Obama, George Clooney and the star-studded Oscars Governors Ball every year for the past two decades, but Wolfgang Puck shows no sign of losing his hunger for success.

With over 100 restaurants spanning three continents, Puck has been a figurehead on the global dining scene for over 30 years and is set to further expand his empire over the coming years, with new openings planned for Bahrain, Istanbul and Shanghai. Most recently he has brought his acclaimed fine dining steakhouse CUT to Dubai, offering further evidence of his growing global appeal.

But as he explained when we sat down in the lavish environs of 45 Park Lane, home to the London edition of CUT, Puck will never divert from the essence of his cooking philosophy which focuses on using the best ingredients in original ways.

“I think we have to stay true to what we are”, he explained. “It’s like when Hermès make a new bag, whether it’s for the French market or Chinese market, it’s the same. Once you’re known as a brand you should stick to the same formula.

“When people come to one of our restaurants it’s for certain reasons. I remember in 1983 when I opened Spago in Tokyo I went to the fish market and saw all of this amazing raw fish, and I thought I had to put it on the menu. But the reaction from the customers was completely negative. They didn’t want what they could already find everywhere else, they wanted the food we had become famous for. So I took it of the menu.”

Having built his reputation on the original Spago in Beverly Hills, what Puck is now most famous for, of course, is steak. But according to the Austrian-born chef, there is no great secret behind the enduringly popular dish.

“I think America is the home of the steak restaurant,” he said. “It’s very unlikely that a steakhouse in the US would go out of business. But you don’t have to be an expert, except when it comes to what to buy and how to cook it. And generally it’s the simpler the better. The expertise is really about finding the right cuts and using the right technique, but it’s not so complicated.

“If I could only eat one steak for the rest of my life, I would probably choose a hybrid of Wagyu and Black Angus, because then you get the richness of Japanese beef but also the beefy flavour which is what we know and like best. I’d probably have a côte de bœuf rib eye with the bone in and sear it really well on the outside. This is really important, not cooked like the French do in a sauté pan. I’d cook it over a wood fire and serve with lots of pepper and sea salt. Simple.”

The world of cooking and cuisine is famously fast-moving. So how does Puck ensure he keeps up with modern trends and techniques, while staying loyal to his fundamental beliefs about the way food should be sourced and prepared?

“To me it is a constant evolution,” he said. “You always have to change, even if it’s small things. For example, I tell my chefs I don’t want to see almonds, potato chips and olives with cocktails anymore. Make something interesting. If someone spends good money for a premium style cocktail, why not make something surprising to go with it? At the Bel Air hotel in Los Angeles, with cocktails we serve guacamole with a little chilli sauce and tortilla chips. People love it.”

In London, the past ten years has seen not just an evolution but an unadulterated revolution of the dining landscape. For Puck, it is a renaissance that he has already witnessed taking place in America, and he is in no doubt the reason behind it.

“London is quite similar to the US in a way,” he said. “For years it was always considered second rate when it came to food. In America everything had to be imported – we even had mushrooms in cans. But then in the 1980s people started to see chefs on television and all of a sudden there were thousands of cookery shows. I did around 120 shows for the Food Network but then a guy like Gordon Ramsey comes along and does thousands. And it’s this kind of exposure that has really made a cooking a great profession for young people to get into.

“I often tell the story of when I came to LA after opening Spago. I went to a club with [Austrian Formula One driver] Niki Lauder and I danced with a girl and she asked what I do. I told her I was a cook and she before the song was even over and she had walked away. Today it would be the opposite. I wish I had told her I was a racing driver!”

Now aged 65 and with four young sons, Puck has turned his attention to staying fit and healthy while continuing to enjoy his passion for food and cooking. The end result is a new cookery and fitness book called “Wolfgang Puck Makes it Healthy”, featuring a range of nutritious recipes as well as a comprehensive fitness regime devised by his personal trainer.

“Ten years ago when I had my son I couldn’t’ play tennis for an hour, or go skiing, without having to stop to breath,” he said. “I was worried that when he gets older I’m not going be able to do anything. So I started to watch what I ate and started to exercise and that’s what lead to this book.”

With a glut of new restaurants in the pipeline, Puck’s jet-setting is likely to be a significant calorie burner all on its own. But as his reach extends across the world, his legacy constantly gaining new devotees, you can be sure that he will never compromise his passion for food and, above all, his love for feeding others.