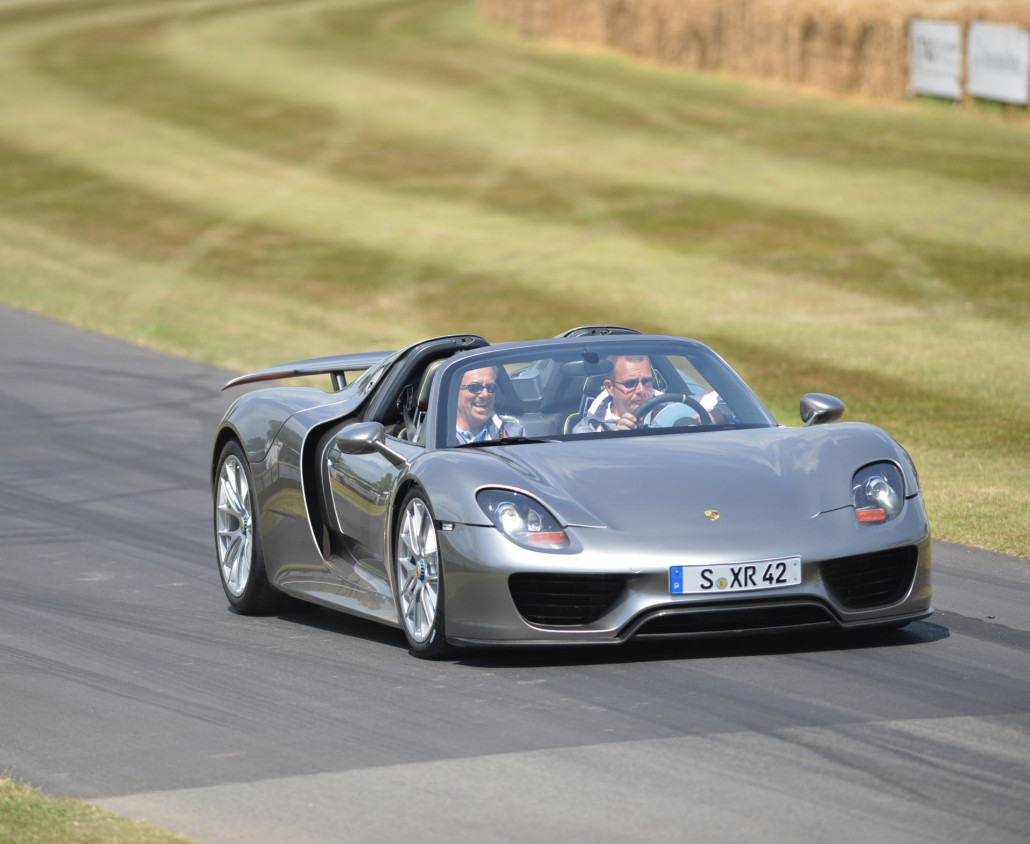 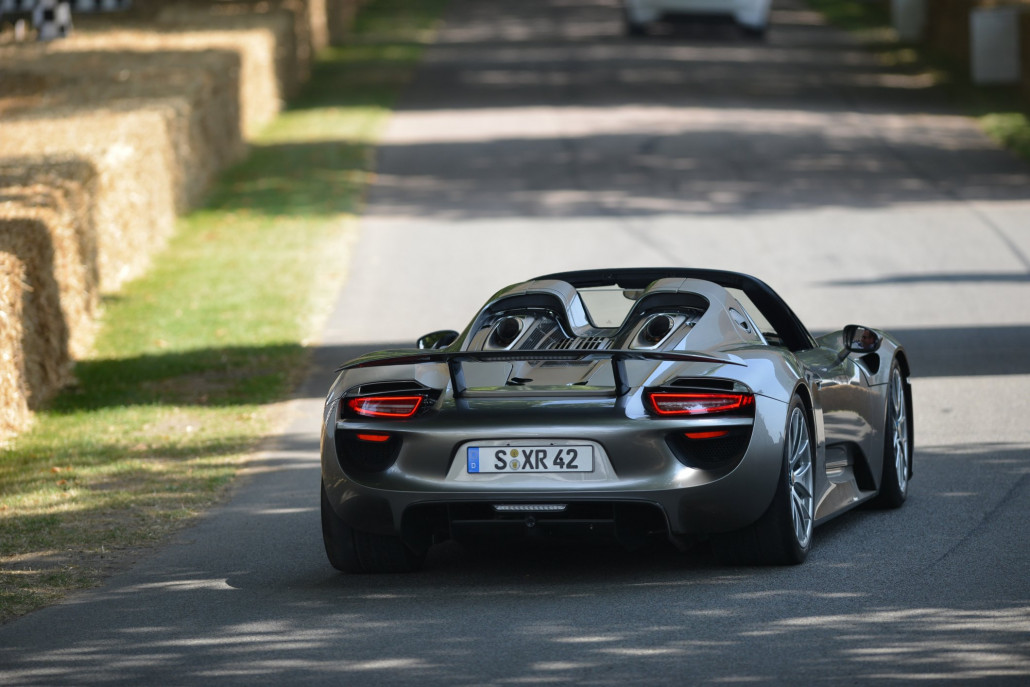 The Porsche 918 Spyder super sports car made its public dynamic debut at the Goodwood Festival of Speed, in a demonstration run up the famous Hill that provided a fascinating insight to the performance potential of its innovative hybrid drivetrain.

The 918 Spyder embodies the essence of the Porsche idea: it combines pedigree motor racing technology with excellent everyday versatility, and maximum performance with minimum consumption. The task faced by the development team was to create the super sports car for the next decade with a highly efficient and powerful hybrid drive.

Developing the car from scratch with a clean sheet of paper allowed Porsche engineers to come up with a no-compromise concept. The entire car was designed around the hybrid drive. The 918 Spyder therefore demonstrates the potential of the hybrid drive to a degree never before seen: the parallel improvement of both efficiency and performance without one being at the cost of the other. This is the idea that has made the Porsche 911 the most successful sports car in the world for 50 years. In short, the 918 Spyder will act as the gene pool for the Porsche sports cars of the future.

The 918 Spyder reveals its close links to motorsport in a variety of ways. It has been designed, developed and produced by Porsche engineers who build race cars, in co-operation with series production specialists. A great deal of insight gained from the development of Porsche race cars for the Le Mans 24 hours in 2014 is thus integrated into the 918 Spyder – and vice versa. The structural concept of the 918 Spyder with a rolling chassis as its basis – a basic vehicle that can be driven even without a body – is race car tradition at Porsche. The concept of the V8 engine originates from the LMP2 RS Spyder race car. The load-bearing structures, the monocoque and subframe, are made of carbon fibre reinforced polymer (CFRP). Porsche has many years of experience with this high strength, lightweight construction material and has again achieved top results with the development of the series production 918 Spyder. Many parts of the super sports car come from manufacturers who have a proven record as suppliers for motorsport vehicles.