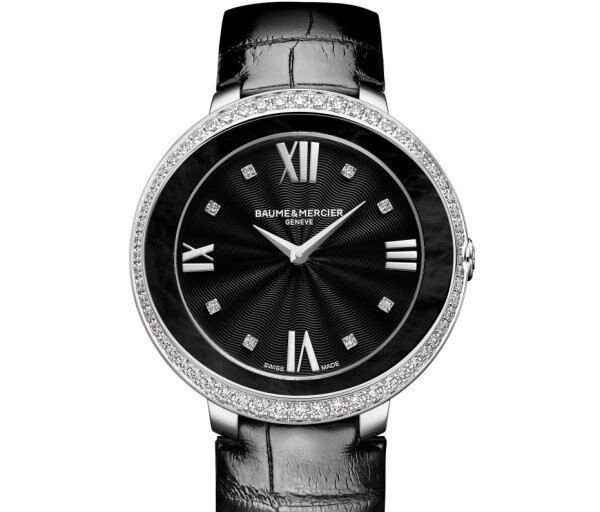 The Promesse Collection by Baume & Mercier

Based on a classic 1970s model from the Baume & Mercier museum collection, the watches in the new collection boast an oval bezel inside a round case, while the watch faces feature a reflective mother of pearl pattern designed to catch the light like ripples on water.

Set to hit stores in September, the watches are available in a choice of two different 30 mm and 34 mm sizes, with a further option between a Swiss-made quartz caliber or a mechanical self-winding movement.

Prices begin at €1,550 for a polished steel model with a black calfskin strap, and rise up to €5,900 for a black polished steel version with 61 diamonds on the bezel, 8 diamonds on the face, and an alligator strap. Other options across the range include red-gold capped steel two-tone bezels and steel bracelets.

Baume & Mercier was founded as "Frères Baume" in 1830 by brothers Louis-Victor and Célestin Baume, who opened a watch dealership in Les Bois, Switzerland.

In 1921 they opened a branch in London under the name "Baume Brothers", which led to expansion throughout the British Empire. By the late 19th century, the company had an established international reputation, with its timepieces setting a number of accuracy records.