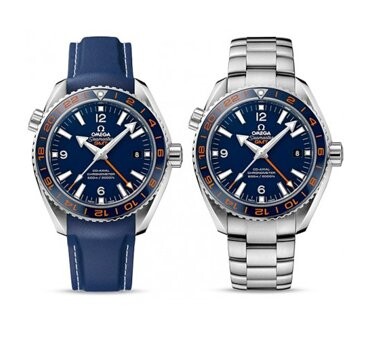 Other notable features include an Omega co-axial caliber 8605 movement, a Silicon balance spring, a choice of a stainless steel bracelet or rubber strap, and water resistance up to 600 metres.

The watch also comes in a special all-silver model with the dial engraved with the ‘Good Planet Foundation’ name, an ocean conservation group that Omega has worked with since 2011.

The Seamaster Planet Ocean GMT is expected to arrive in Omega boutiques and stockists later this year.

Since 1932, when Omega presented the Marine – the world's first watch designed for divers – Omega has been synonymous with the professional dive watch.

The Omega Seamaster range was launched in 1948.