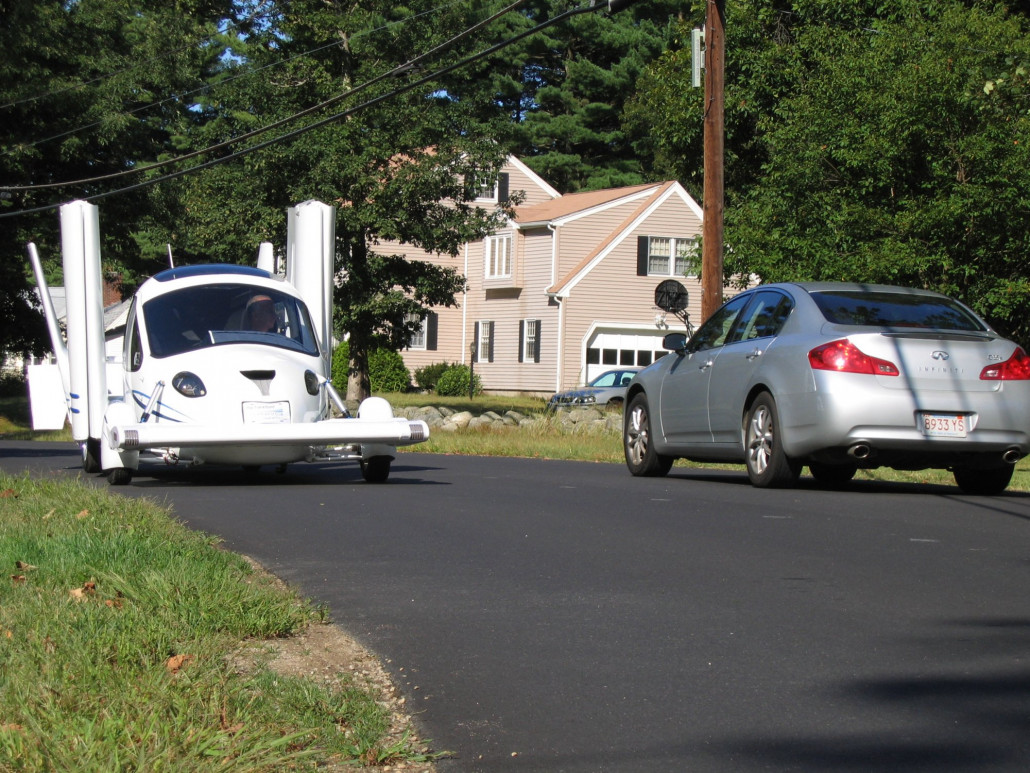 The concept of the Terrafugia Transition – widely known as the flying car – has been around for some time. But after receiving regulatory clearance from the US National Highway Traffic Safety Administration, the prospect of these futuristic hybrid vehicles taking to the skies – and roads – has never been closer.

Developed by aerospace company Terrafugia, the Transition underwent its first flight in March 2009 (see video above), and various adjustments have been made to the two-seat vehicle during the interim in an effort to make it marketable.

The new exemptions granted by the National Highway Traffic Safety Administration will allow Terrafugia to use a polycarbonate windshield on the vehicle, enabling it to withstand the stress of landings.

The Transition has powered folding wings that allow it to convert from a street-legal automobile to a light-sport airplane in about 30 seconds. A 100-horsepower four-cylinder engine gives the plane a maximum airspeed of 115 mph and enough power to operate from a 1,700-foot runway.

A 23-gallon gas tank gives it a range of 425 nautical miles, whilst on the road the car travels at 65 mph and gets up to 35 miles per gallon.

The Terrafugia Transition is expected to hit the market in late 2012, priced at approximately $350,000.