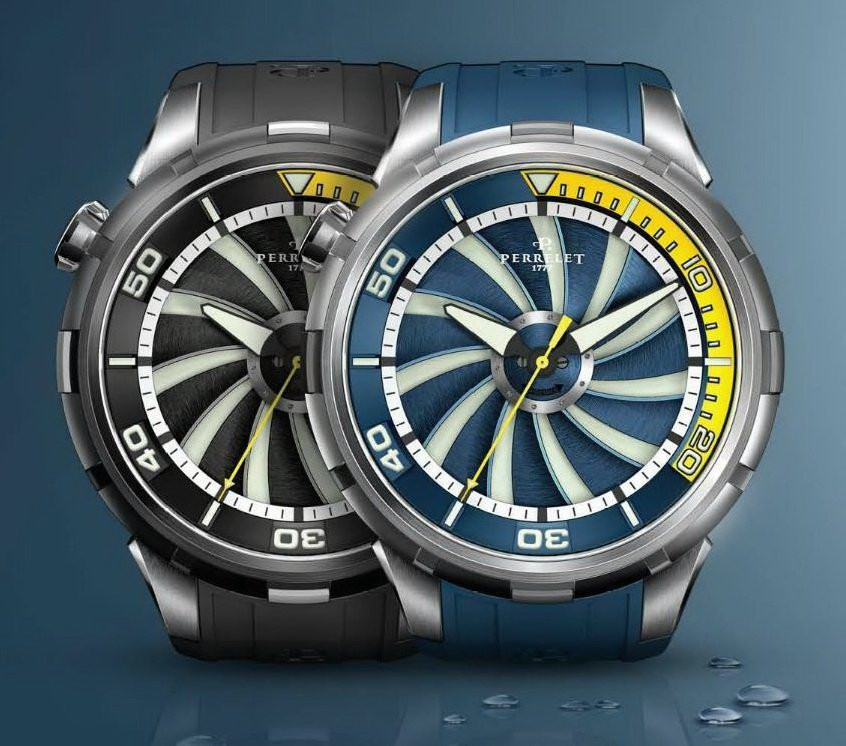 The Turbine Diver Watch by Perrelet

The Perrelet Turbine Diver comes in a choice of a steel, titanium or DLC 47.5mm case, and boasts an upper rotor with 11 blades, inspired by the propellors of a submarine.

Other notable features include an inner rotating bezel operated by a crown at 10 o'clock, and a Perrelet P331 Double Rotor movement.

Available in black, blue, yellow or white, the Diver watch will be priced at at $6550 for the titanium model and $7200 in DLC, when it is launched later this year.

Perrelet has one of the world’s oldest watch-making legacies, dating back to the late 18th century, when it was founded in Switzerland by Abraham-Louis Perrelet.