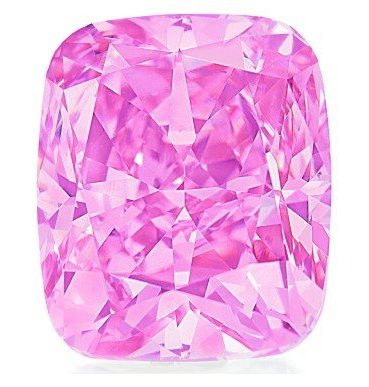 The Vivid Pink Potentially Flawless Diamond is a collection leader

The largest Vivid Pink Potentially Flawless diamond ever to be offered at auction; The Vivid Pink is in a class of its own and looks set to break price records this Autumn.

Set to lead Christie’s Hong Kong Sale of Extraordinary Diamonds this Autumn, the rare diamond has been set in a ring by renowned jeweller Graff and is estimated to fetch between HK $39 and $55 million at auction.

The five carat cushion-cut diamond, from the collection of an esteemed private collector, is causing a stir in the world of natural colour diamonds as those of a distinct pink hue are among some of the rarest and therefore, most coveted.

Its colour depth, distribution and balanced saturation earned the diamond the sought after Fancy Vivid colour grading from the GIA; a grade only earnt by approximately one in every one hundred thousand diamonds.Before the diamond leads the Christie’s sale beginning on December 1 it can be seen in the cities of New York, Singapore, Bangkok, Geneva, Taipei, and Hong Kong.

Christie’s believes the sale of The Vivid Pink could surpass the current world record price for a pink diamond at auction of US$7.4 million. This diamond was also sold by Christie’s in 1994.