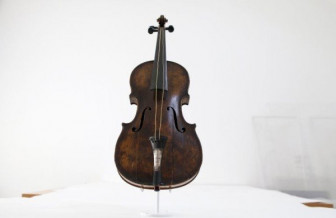 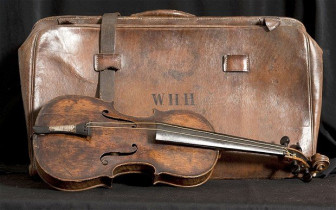 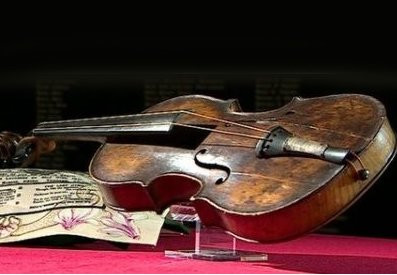 A violin retrieved from the Titanic passenger liner disaster in 1912 has been sold at auction for $1.45 million.

The sale of the instrument, which was played by the bandmaster on the doomed RMS Titanic, which sunk in the North Atlantic Ocean killing more than 1,500 people, represents a world record fee for Titanic memorabilia

The violin was sold to a British collector after a 10-minute battle between telephone bidders at Titanic specialist auctioneers Henry Aldridge and Son in Devizes, southwest England.

During the Titanic recovery operation, the violin was found strapped to his body of its owner Wallace Hartley who drowned with his seven bandmates. Hartley’s band was said to have played the hymn “Nearer, My God, to Thee” to try to calm passengers while they climbed into lifeboats as the Titanic sank after hitting an iceberg.

For decades the violin was believed lost but it was found in the attic of a house in northwest England in 2006.

Titanic nostalgia has proved a lucrative business over the years, with some companies even offering scuba diving excursions down to the original site at the bottom of the Atlantic.