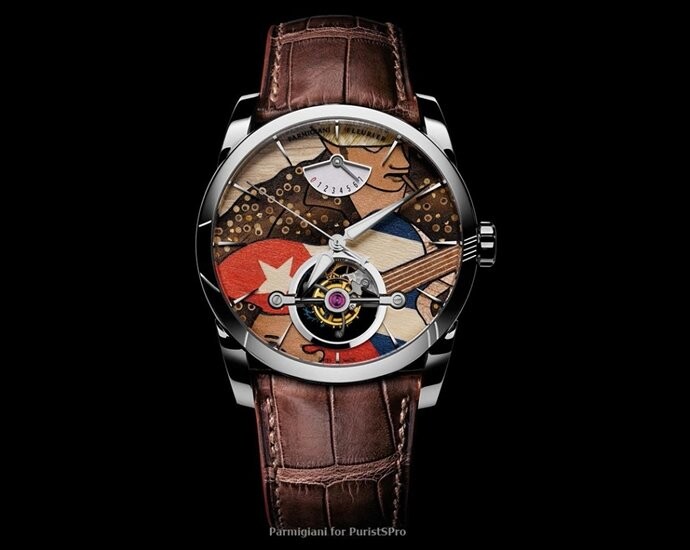 The Swiss brand have sponsored the event for the past seven years and each year create a commemorative watch to mark the occasion.

For this year’s instalment they have designed the Tonda Mambo, which features a motif representing a Cuban musician plucking the strings of his guitar and is available priced at $307,000.

Each watch in Parmigiani Fleurier’s Jazz Festival series features wooden marquetry, the colours of a national flag, a motif of a guitar with an open sound hole to reveal a tourbillion and an individual number engraved on the case-back.

A number of major names from the Jazz world will be performing at what will be the 48th Montreux Jazz Festival this summer, including Pharrell Williams, Jamie Cullum, Van Morrison, Stevie Wonder and Herbie Hancock.