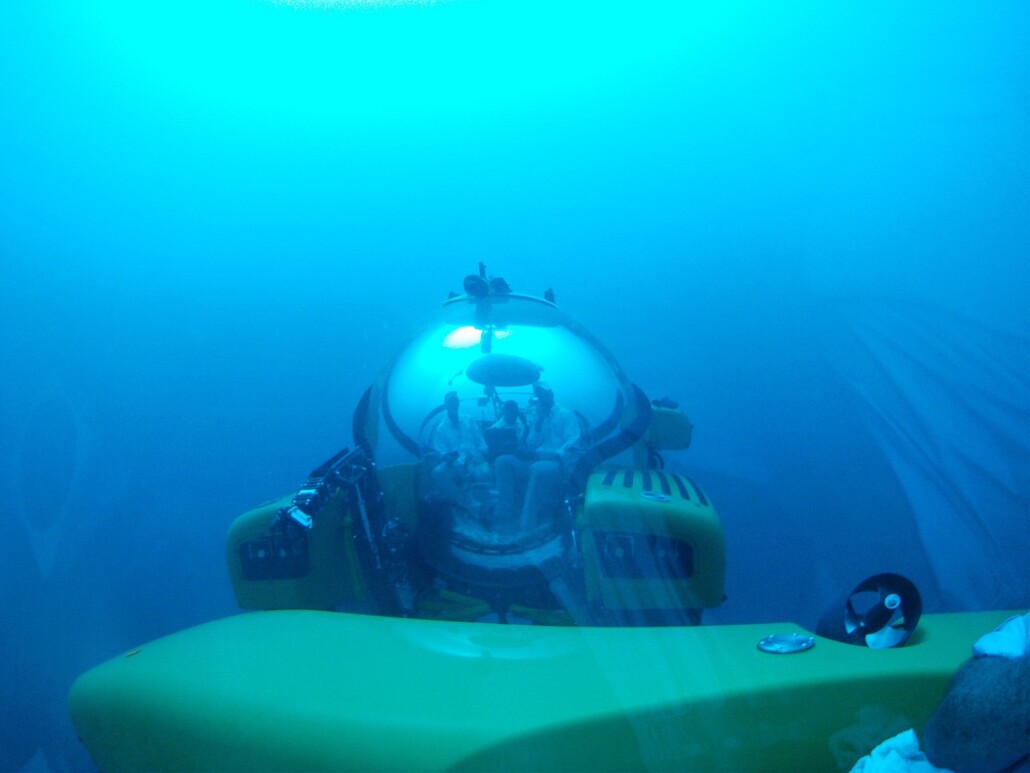 A newly completed 3-passenger submersible from Triton Submarines made its maiden dive in the Caribbean in December.

Boasting a transparent pressure hull billed as the largest and thickest acrylic sphere ever manufactured for a submersible, the Triton 3300/3 is said to deliver an unmatched underwater viewing experience for exploration, filming, observation and scientific research.

In early 2011, Triton also announced its plans to build the Triton 36000/3, which would be capable of diving to the deepest spot in the ocean.

Triton’s CEO, L. Bruce Jones, believes that deep-diving manned submersibles will play a key role in developing our understanding of the world’s oceans.

“Scientists believe that the deep ocean may hold the keys to unimaginable scientific discoveries and breakthroughs including among others, cures for diseases, hosts of new species, vast natural resources and perhaps even keys to the origins of our planet,” he said.

“The Triton line of submersibles will allow us to explore the 95% of our oceans that no man has ever seen. We can literally change our understanding of the world.”