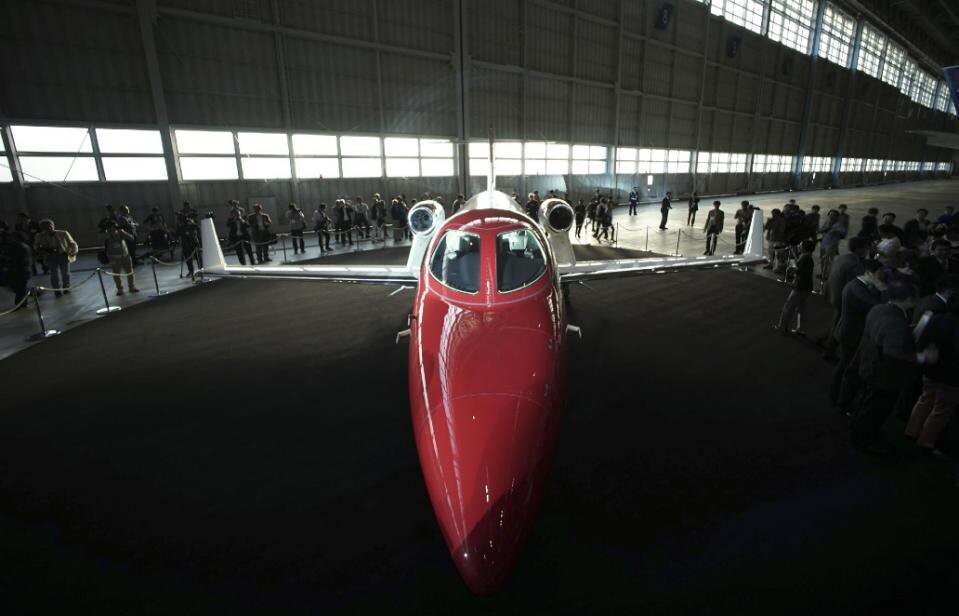 According to its makers, the HondaJet, which was launched at Haneda airport in Tokyo last week, is the fruition of the ambition of the company’s now-deceased founder Soichiro Honda.

As part of its initial promotional campaign, the business jet is currently embarking on a world tour, taking in more than a dozen countries, including Switzerland, Britain, France and Germany.

Developed by the automaker’s US-based subsidiary Honda Aircraft Company, the HondaJet measures 13 metres and comes in a livery of red and white. It can travel 2,000km without refuelling and is designed to face less air resistance thanks to its engines sitting on top of the wings rather than the rear of the fuselage.

Honda claim that the jet can reach speeds of up to 778km per hour, making it faster than rival aircrafts.

The company says it currently has more than 100 orders for the HondaJet, which is set to hit the market this summer, priced at $4.5 million per jet.

Founded in 1946, Honda has grown to become one of the world’s most prolific makers of cars and motorcycles.