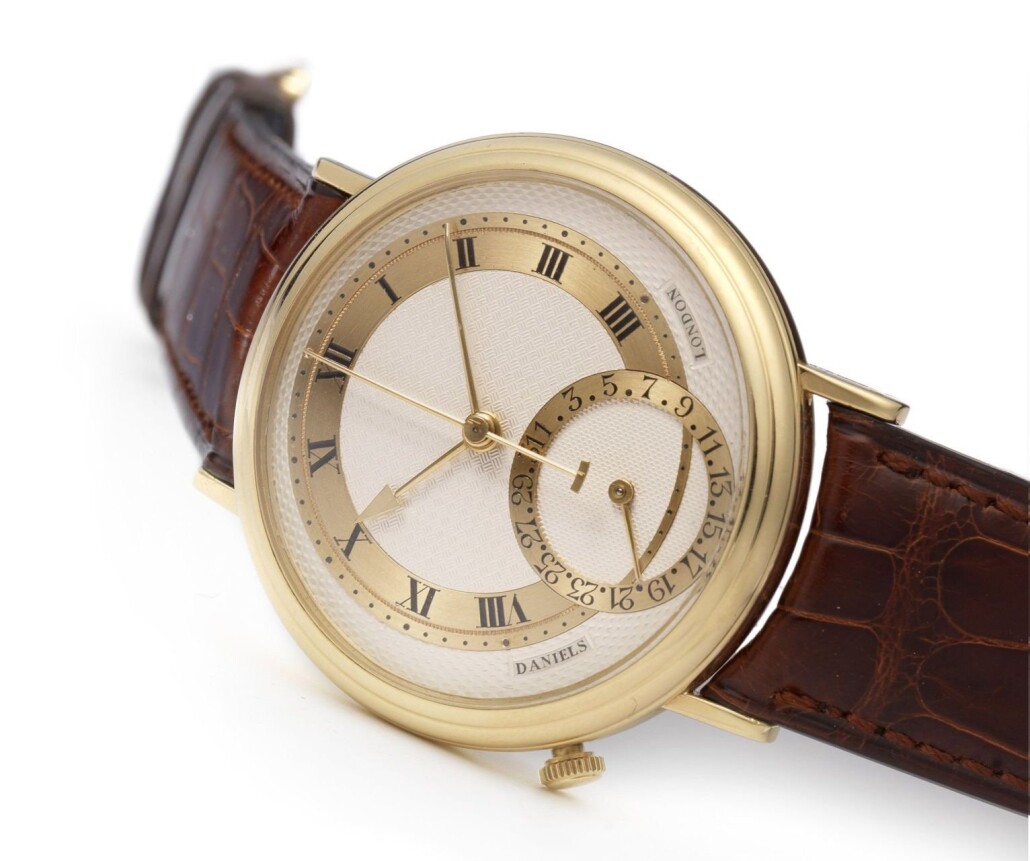 The Fine Watches and Wristwatches sale in New Bond Street saw almost a 90% turnover in front of an enthusiastic crowd.

Amongst the sales was a rare 18-karat yellow gold George Daniels ‘Milennium’ wristwatch created in 2000, which sold for £146,500. One of only seven made, the sale of the watch represented more than double its pre-sale estimate and set a new world record for a Millennium watch sold at auction.

Paul Maudsley, Director of the Bonhams watch department, said: “Our final sale of this year was once again a huge success, with strong prices achieved across a large number of lots and a sale total that exceeded expectations in a number of areas."

“After selling his incredible collection of motor cars and motorcycles at our Goodwood Festival of Speed Sale in June this year, we were delighted to set a new world auction record with the sale of the George Daniels Millennium wristwatch.

“Unsurprisingly, this piece generated much interest among both watch and motor car collectors, and it was eventually sold to a collector who also owns a number of motor vehicles.”

Another world record was also achieved at the auction with the sale of a Rolex automatic bracelet watch with roulette date wheel, which sold for £18,750, over six times its highest estimated value.

During his distinguished career, British watchmaker George Daniels created less than 100 pocket watches and wristwatches, each of which would typically involve 2,500 hours of work.

Founded in 1793, Bonhams is one of the world's largest auction houses.