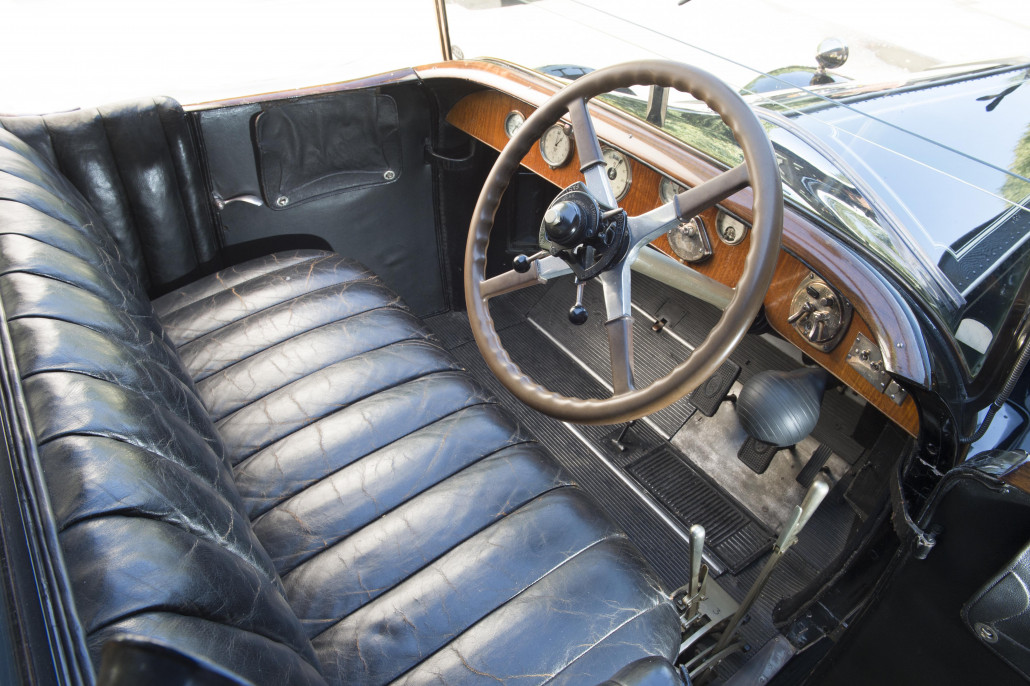 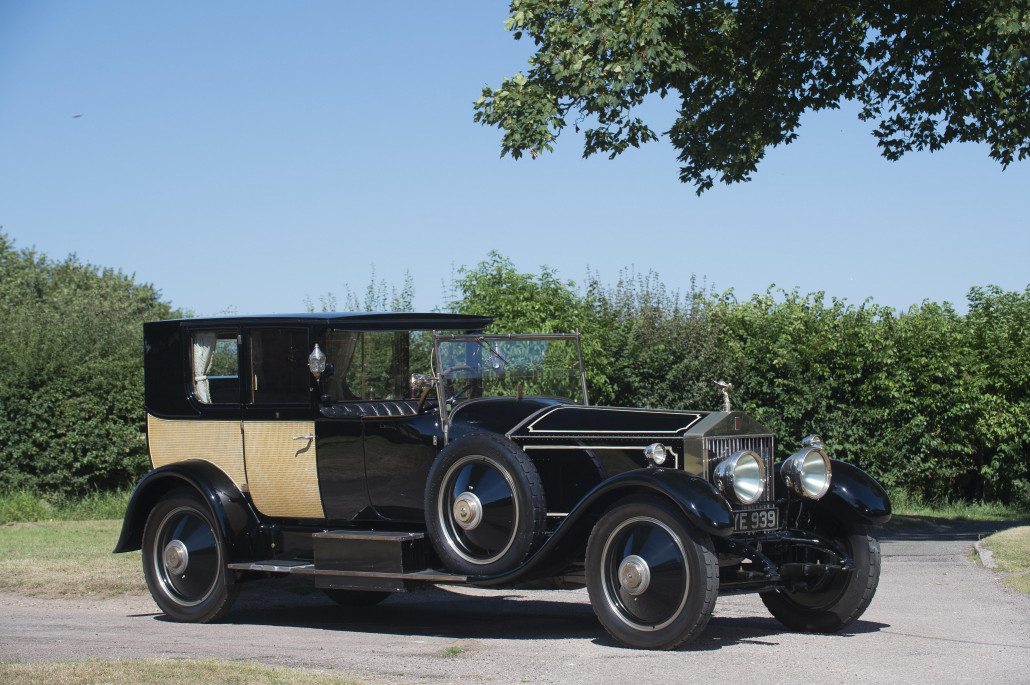 A unique Rolls-Royce Phantom I built in 1926 for the American businessman Clarence Gasque, as a gift for his wife Maude, is one of the star lots at next month’s Bonhams Bond Street Sale.

Maude Gasque, a Woolworth’s heiress, had a passion for French 18th century history and design and her husband, who was the Finance Director of Woolworth’s UK operation, wanted the car’s interior to have a French theme.

Setting no limit on the budget, he left the details to the Wolverhampton based coachbuilders, Charles Clark and Sons. Clark’s owner, John Barnett, had the inspired idea of using a Marie Antoinette sedan chair he had come across at the Victoria and Albert Museum as a model.

The result was a spectacular confection more resembling the throne room at Versailles than the inside of a car. On delivery, the Rolls-Royce cost £6,500, of which £4,500 had been spent on the interior.

Craftsmen from the famous carpet makers, Aubusson, in France, spent nine months working on a tapestry for the rear seats at a cost of £500. In keeping with a car that would come to be known as The Phantom of Love, naked cherubs featured prominently in the exotic interior, appearing in painted scenes on the ceiling and as lighting supports at the rear corners.

Additional lighting was concealed behind the ceiling’s carved and gilded cornice. A bow-fronted drinks cabinet, reminiscent of an antique commode or chiffonier, was mounted on the internal division, concealing fold-down, inward-facing occasional seats - also upholstered in tapestry - in cupboards at either side.

Clarence died in 1928 and in 1937 Maude put The Phantom of Love into storage. She sold it in 1952 to the well-known Rolls-Royce car collector Stanley Sears, and it subsequently passed through the hands of enthusiasts in Japan and the USA before returning to the UK and its most recent owner.

Bonhams Senior Motor Car Specialist Rob Hubbard said, “Extensively illustrated and described in numerous books and magazine articles about the Rolls-Royce marque, The Phantom of Love is, arguably, the most famous surviving Rolls-Royce after ‘AX 201’, the factory owned 1907 Silver Ghost.

“Unique and well documented, it is of the highest quality and without question one of the very finest examples of art and craftsmanship applied to an automobile. The Phantom of Love would grace any important private collection or make a wonderful exhibit for a museum display.”