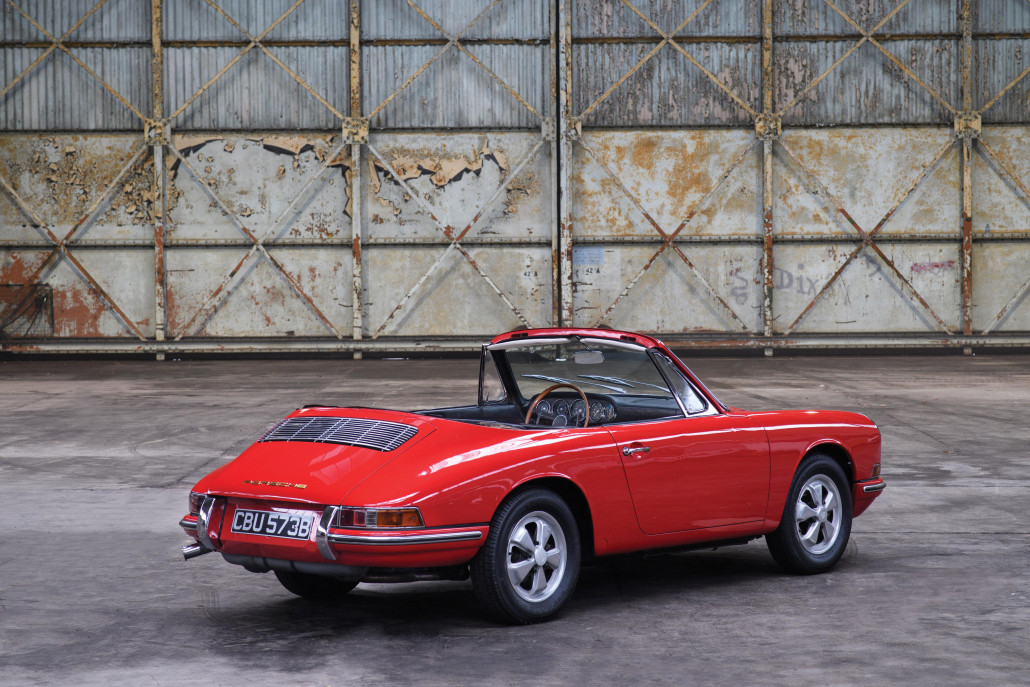 Ultra Rare Porsche to go Under the Hammer in Paris

RM Sotheby’s has added one of the rarest Porsches ever offered for public sale, the one-of-one Porsche 901 Cabriolet Prototype, to the docket for its upcoming Paris auction, it has been announced.

The Porsche will be joined by two of the most exclusive and sought-after modern-era, limited-edition Aston Martin Zagatos in what promises to be a truly momentous sale in the French capital in February during the world-famous Rétromobile week.

Headlining the sale, the 1964 Porsche 901 Cabriolet Prototype is the second oldest surviving 901 chassis, and one of just two pre-production 901s still in existence. Given its significant history and provenance, it is expected to fetch between €850,000 and €1 million.

The Porsche 901, now known as the 911, paved the way for Porsche’s road and race car success. When Porsche was developing the 901, it made 13 pre-production models, of which just one was completed as a Cabriolet. The drop-top 901 was also the actual car from which the subsequent iconic 911 Targa concept originated, developed and evolved.

As for the two Aston Martins, launched in 2002, the DB7 Vantage Zagato was the first Zagato-bodied Aston Martin since the V8 Vantage Zagato of 1986. The car on offer is the very first of just 99 examples produced and is expected to yield between €350,000 and €400,000.

“Hot on the heels of stunning successes in London and Milan, and with an astonishing offering including motor cars such as these Aston Martin Zagatos, our Paris sale is set to provide a thrilling start to our 2017 auction season,” says Peter Wallman, Managing Director, RM Sotheby’s Europe.

“Together, these Astons represent one of the greatest brand partnerships in the motoring world, that between Aston Martin and Zagato, and we can’t wait to bring them to Paris in February.”

Coinciding with Rétromobile week, RM Sotheby’s Paris auction will be held at Place Vauban immediately after the Festival Automobile International which runs through 5 February. This exciting event features a stunning display of beautiful concept cars and pays tribute to car designers from around the world.