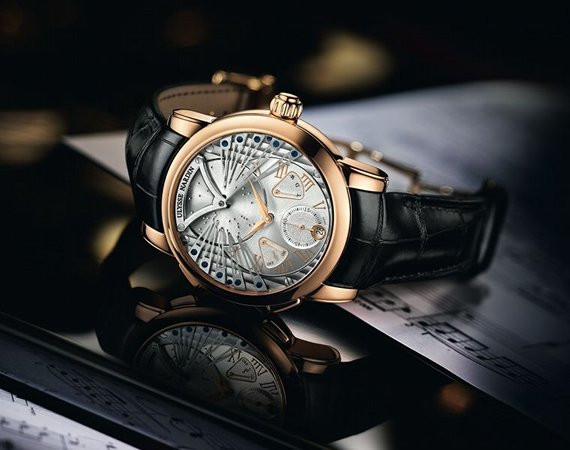 Historical Swiss watch brand Ulysse Nardin have designed a new timepiece that can play the melody of the classic song ‘Strangers in the night’.

Limited to just 99 pieces, the mechanical self-winding “Stranger” wristwatch plays the popular 1960s ditty – originally composed by Armenian-American jazz pianist Avo Uvezian and later made famous by Frank Sinatra – either on the hour or on demand, using an on/off pusher located at 10 o’clock.

Five years in the making, the watch comes in a 45mm rose gold case and was made in collaboration with musician Dieter Meier, whose signature appears on the timepiece.

The watch also features silicium technology for the escapement and anchor of its in-house manufactured UN-690 movement. To set the time, the crown function is activated by a pusher instead of pulling the crown out in the traditional way, enabling the wearer to adjust the time with ease.

The Stranger timepiece by Ulysse Nardin was officially launched in Zurich on March 13th.