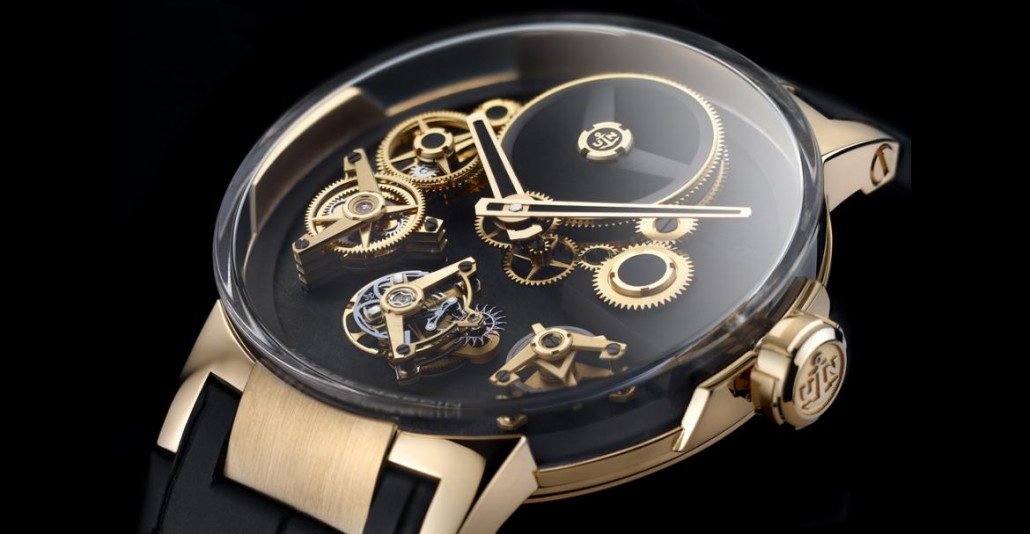 Available in rose and white gold variations, the design on the new watch is an interpretation of the brand’s Executive Skeleton Tourbillon.

It features a design in which several of the movement’s components have been raised up above the surface of the dial, giving the appearance of being physically disconnected from each other.

The two versions also come with subtle variations: the white gold Executive Tourbillon Free Wheel has a honeycomb dial while the rose gold version has a dial constructed from a piece of black slate.

It measures 44mm in diameter and has a prominent, highly domed sapphire glass and an ultra slim case band, along with the brand’s signature integrated, triple lugs.

Both versions of the Executive Tourbillon Free Wheel come paired with a carbon black alligator strap.