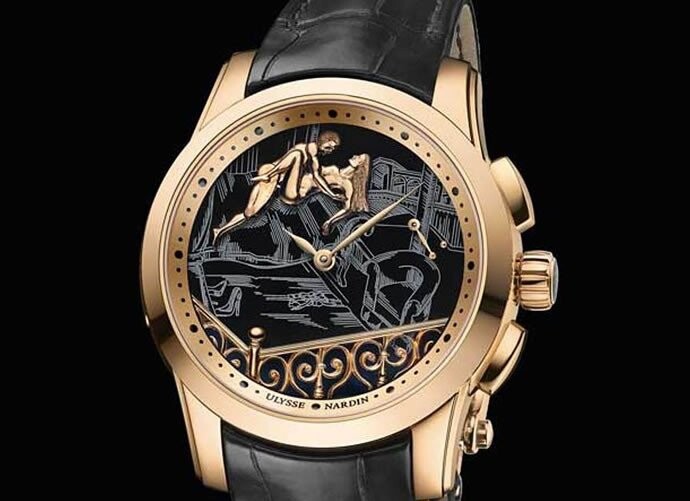 Ulysse Nardin Timepiece Pays Tribute to the “City of Lovers”

Designed to pay tribute to the Italian city of Venice, known as the “city of lovers”, the 18-karat rose gold platinum Hourstriker Erotica Jarretière features a couple making love on the dial.

The figures, or Jaquemarts as they are known, are handcrafted in 18-karat gold in the foreground, while the Rialto Bridge over the Grand Canal is depicted on the background.

Other notable features include Ulysse Nardin’s Hourstriking mechanism, a sapphire-crystal case, a crystal back exposing the insides of the watch, water resistance up to 100 feet and 42-hour power reserve.

Only 28 examples of the Hourstriker Erotica Jarretière by Ulysse Nardin have been created.

Founded in Le Locle, Switzerland in 1846, Ulysse Nardin has grown to become one of the world’s most famous luxury watchmakers.