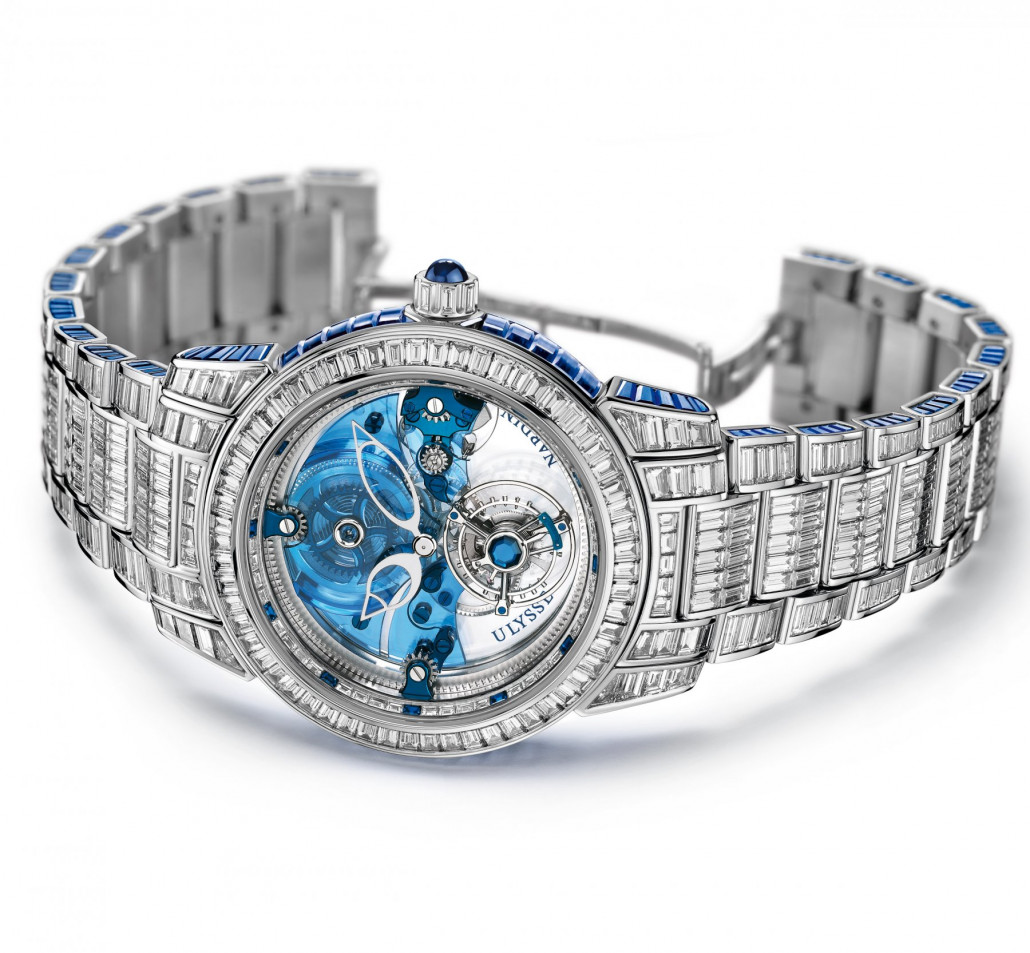 A limited-edition Royal Tourbillon watch featuring over 800 diamonds and sapphires and priced at $1.1 million was one of several timepieces showcased at a prestigious superyachts event in Florida earlier this month.

The platinum watch case and bracelet are paved with 568 baguette-cut diamonds and 234 baguette-cut royal blue sapphires. The bridges and main plates are crafted in blue sapphire, allowing the flying Tourbillon to appear as if it is floating in an empty space.

Playing a prominent role throughout the three-day Florida event was Patrik Hoffmann, CEO of Ulysse Nardin. Hoffmann and the watch brand helped the event raise more than $1 million for the Boys & Girls Clubs of Broward County by contributing about $200,000.

Other notable features of the Royal Blue Tourbillon include an alligator leather strap, a power reserve of approximately 100 hours, and water resistance up to 30 metres.