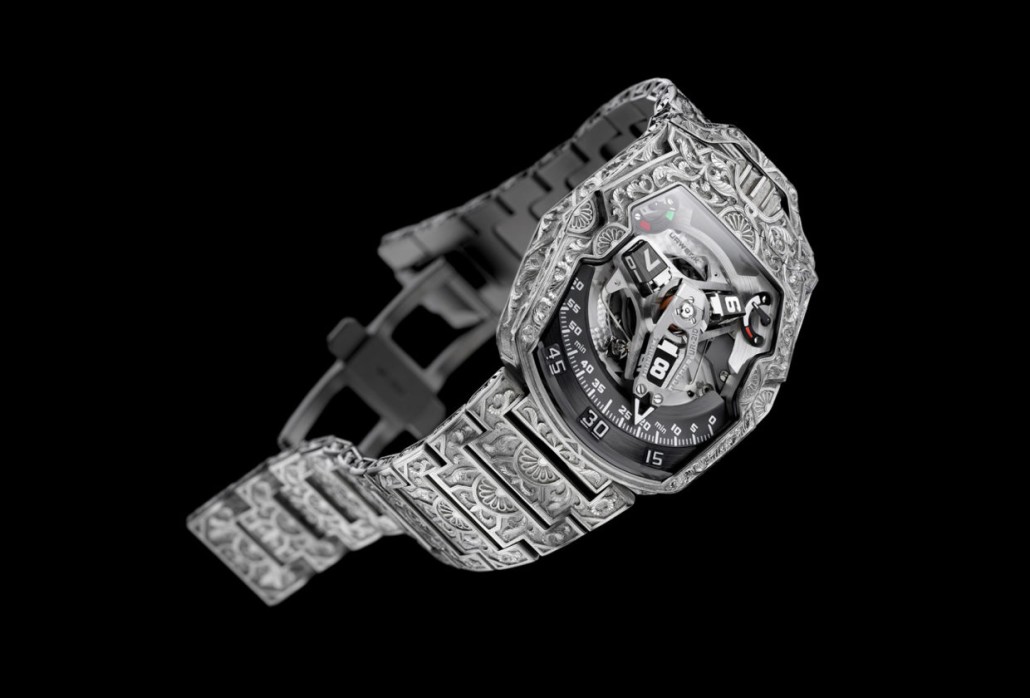 Called the UR-210 Dubai, the one-of-a-kind watch is the brainchild of Urwerk co-founder Felix Baumgartner, who was so captivated by his first visit to Dubai in 2007, which he described as a “maddening, yet tantalizing megacity”, that he decided to mark the impression it made on him.

The engraving on the watch tries to capture the character of the city through its intricate patterns and mosaic that are found on Dubai’s ancient middle-eastern places of worship and royal palaces.

The UR-210 Dubai is engraved from the case to the tip of the bracelet making one seamless piece of artwork which took more than 300 hours to complete.

The watch runs on caliber UR-7.10 that has the patented revolving satellite complication with wandering hours and three-dimensional retrograde minute’s hand. It has a power reserve of 39 hours.

The unique Urwerk watch debuted at the recent Dubai Watch Week, which ran from 16 – 20 November.

Urwerk was founded in 1995 by watchmaker brothers Felix and Thomas Baumgartner and artist Martin Frei.