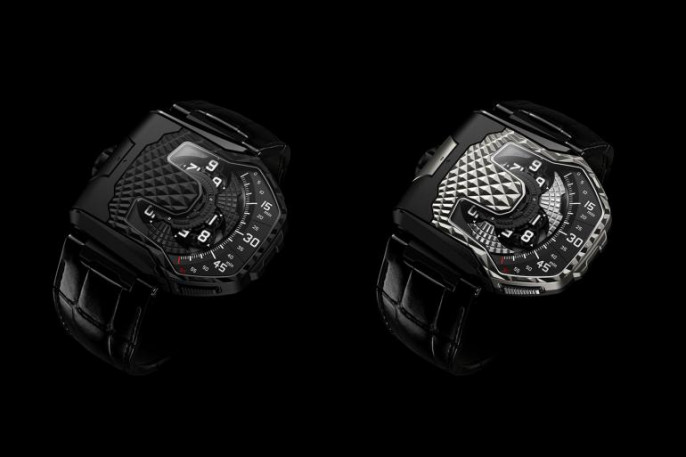 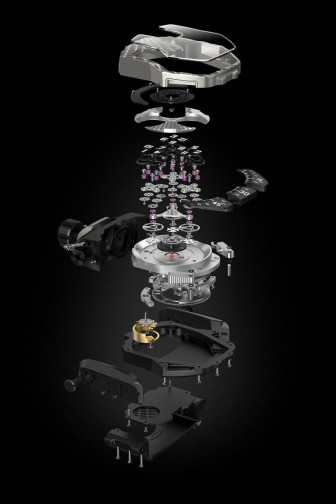 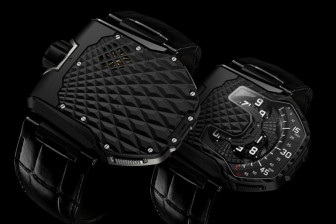 The limited edition watch is typically avant-garde, most notably in its ability to transform itself thanks to a rotating case. When the owner flips the case, a textured caseback becomes the focus of the watch.

The press of a couple of buttons and a manual rotation of the case reveals the dial, while the watch is also equipped with a three-armed carousel system which places the 12 hours into groups of four that move along the scale of 60 minutes to tell the time both digitally and analogically.

Another technical feature is the pneumatic control of the self-winding system comprised of a spinning vane connected to the winding rotor, which acts as a shock absorber to the rotor and helps preserve its winding efficiency.

The watch is powered by the caliber UR 8.01 mechanical, automatic-winding movement which offers a 39-hour power reserve.