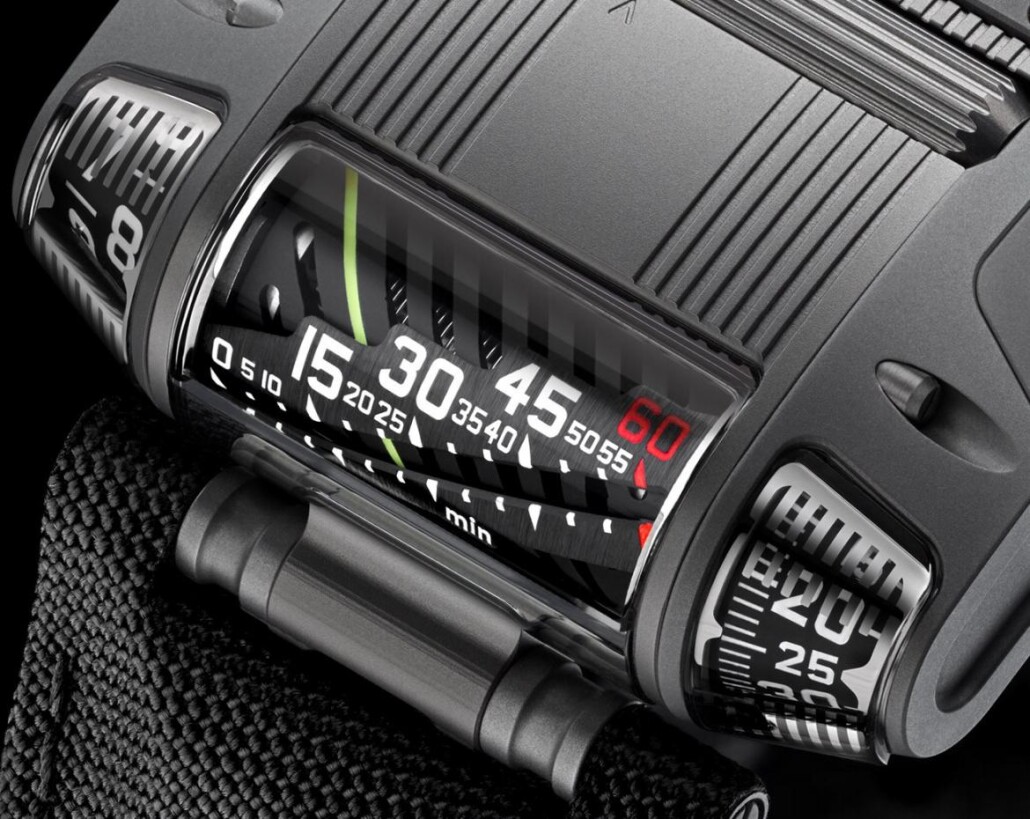 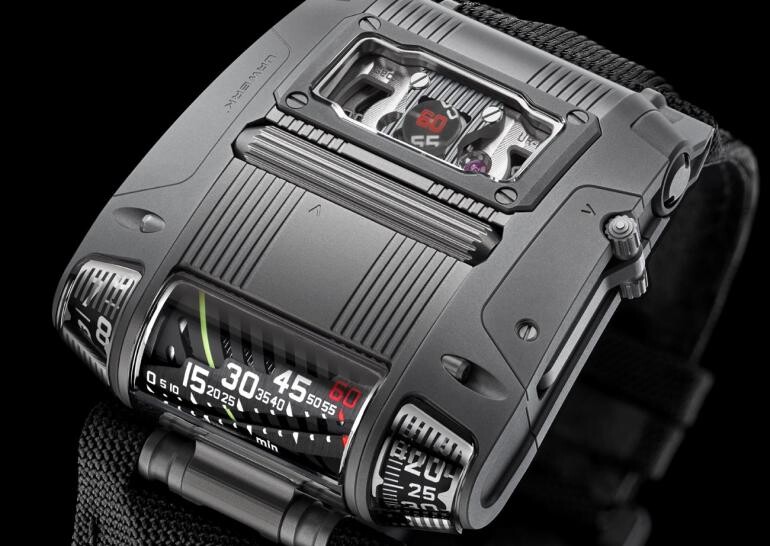 Called the UR-111C, the new timepiece is a part of the brand’s “Special Projects” line, but comes without Urwerk’s signature “satellite hours” complication and instead boasts linear retrograde minutes.

A successor to the brand’s incredible Urwerk UR-CC1 “King Cobra” model launched several years ago, the watch may not look similar visually to the King Cobra, but it shares the front-facing linear display along with the unusual way of showing the running seconds on top of the watch.

There are two conical displays on the front which have jumping hours on the left and running minutes on the right. Along with it, there’s a unique helix-shaped minutes’ indicator in the centre that also has a retrograde function.

There’s also a jumping digital seconds display on the top of the watch that uses an array of optical fibres to project the numbers up toward the sapphire crystal window, while instead of a traditional crown there’s a pair of mechanisms for winding the watch setting.

Two versions of the UR-111C timepiece will be available: one with a classic polished and brushed steel case, and another with a matte gunmetal finish.

Urwerk was founded in 1995 by watchmaker brothers Felix and Thomas Baumgartner and artist Martin Frei.