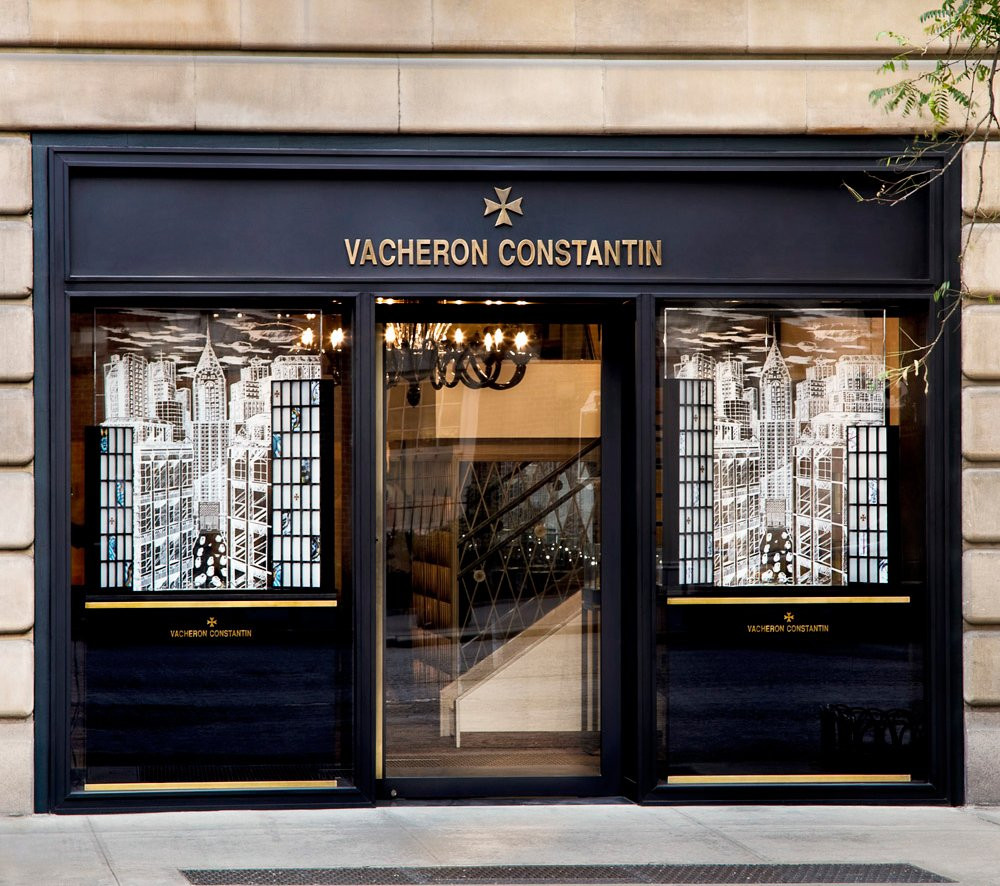 The opening represents the brand’s 28th boutique worldwide and is being celebrated with the introduction of three limited-edition timepieces, which are being showcased to the public at the new Manhattan store until October 29th.

Amongst the three new models is the Overseas Chronograph Perpetual Calendar ($62,000), whose dial bears the colours of the American flag. The other watches in the one-off range are the Historiques American 1921 ($33,700), and the Patrimony Traditionnelle calibre 2755 (price upon request).

As well as the trio of new watches, the New York boutique is also hosting The American heritage of Vacheron Constantin Exhibit, a display of historical timepieces, which will also be open to the public until the end of October.

The exhibit includes two unique timepieces never before seen in public, including a watch made in 1935 for King Farouk of Egypt. When created, the piece was one of the most complex pocket watches ever produced.

Founded in 17565, Vacheron Constantin are the world’s oldest watch manufacturer in continuous operation. The company first established ties with North America in 1982, when Jacques Barthélémy Vacheron wrote a letter stating his intention to expand business to the US. A year later, the company established its first agent in New York. However, it has taken over 175 years for the brand to lay down bricks and mortar on American soil.