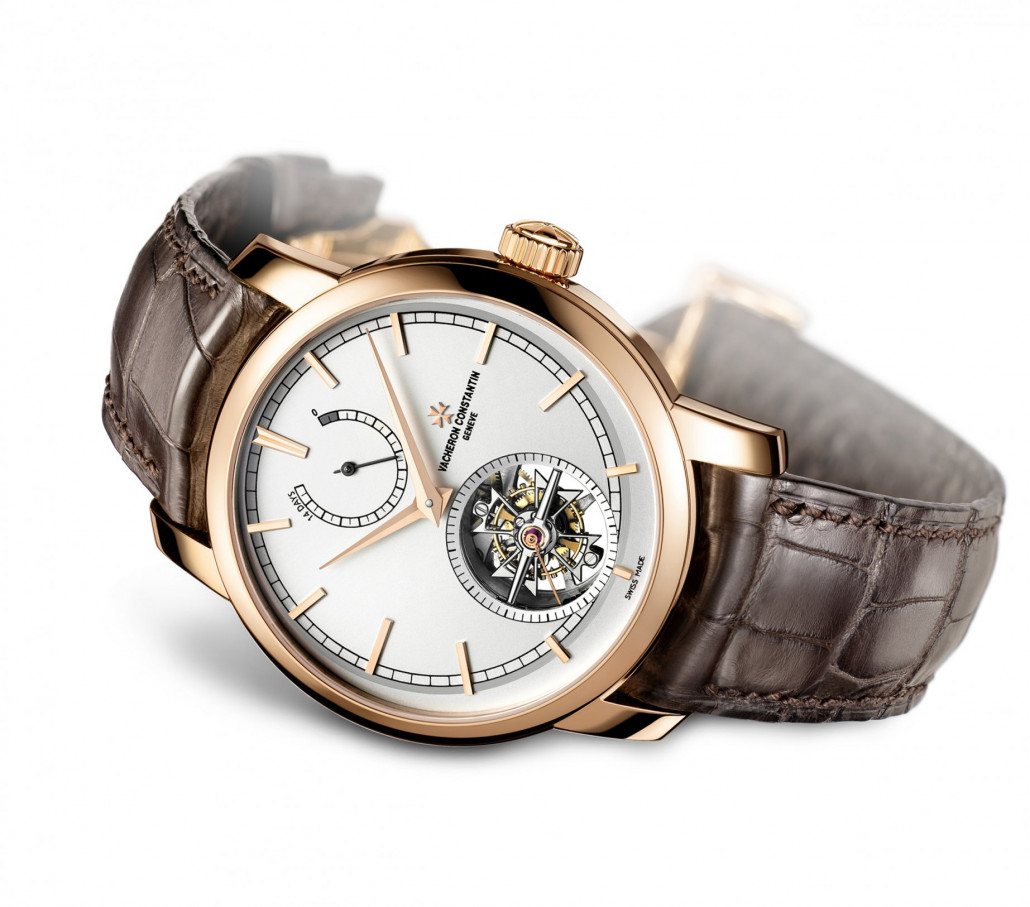 Amongst the myriad of timepieces set to be unveiled at the prestigious SIHH watch fair in Switzerland next month will be a new Tourbillon from Vacheron Constantin.

Composed of 231 components, the Patrimony Traditionnelle Tourbillon boasts a new 2260 calibre developed entirely in-house, a 14-day power reserve, and will be the first Vacheron Constantin watch bearing the new Hallmark of Geneva stamp.

The watch contains four barrels mounted in pairs that unwind simultaneously, whilst the new calibre includes two large bridges rather than the three that have typically provided thje backdrop for previous Vacheron Constantin tourbillons.

Other notable features include a striking silvered opaline dial, an 18-karat white gold case, and a brown alligator leather strap.

A total of nineteen watch brand will be displaying their collections at the SIHH watch fair, which will take place in Geneva, Switzerland from 16th – 20th January.