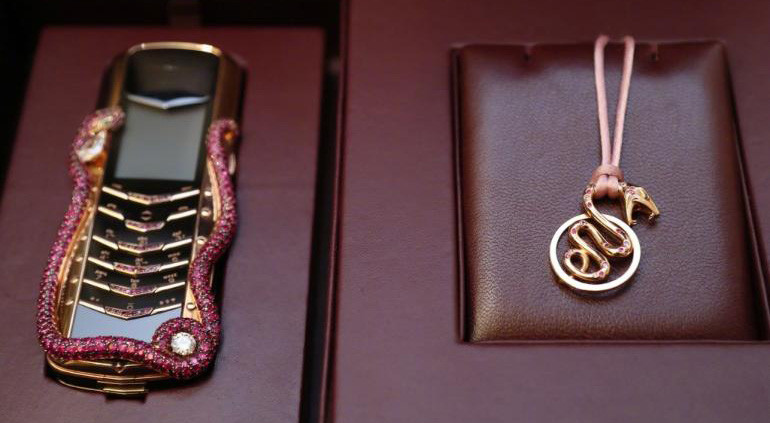 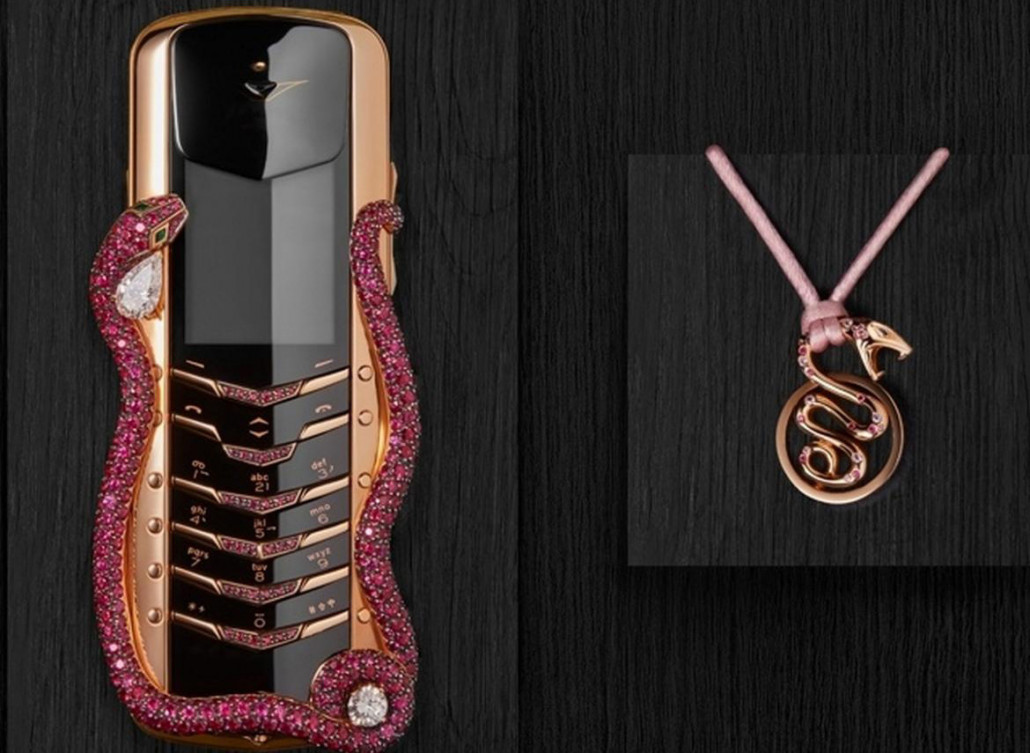 Called the Vertu SIGNATURE Cobra limited edition, the phone will be available in a limited run of 8 units, one of which will be sold to the Chinese market. In 2015 Vertu was purchased by Chinese company Godin Holdings, although the phones continue to be hand-assembled in the UK.

The new handset has a grand total of 388 different part and was inspired by the original Vertu SIGNATURE phone. It is covered with 439 rubies that are studded in a way to appear like a cobra around the front side of the phone.  To depict the cobra’s eyes, Boucheron has used two sparkling emeralds.

Available on ‘Jingdong Mall,’ an online Chinese shopping site, Vertu says that each of these opulent phones will be delivered by helicopter.

Founded in 1998, Vertu was solely owned by the Finnish mobile-phone manufacturer Nokia until 2012 June when Nokia sold 90 per cent of the company's equity share to private group EQT VI, before its Chinese buyout a couple of years ago.