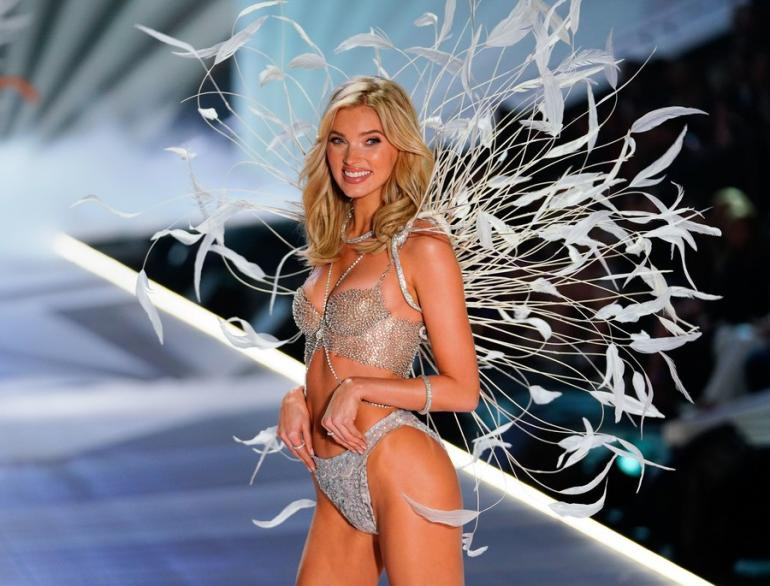 American lingerie designers Victoria’s Secret have conjured up the ultimate in luxury bras, studded with 71 carats of jewels and priced at a cool $1 million.

A lavish reinvention of the brand’s renowned Fantasy Bra, the bra features over 2,100 jewels totalling more than 71 carats, and took some 930 man (or woman) hours to create.

The piece’s chic style is based on Victoria Secret’s Dream Angels bra and features a long-line silhouette with underwire.

It was unveiled for the first time at the Victoria's Secret Fashion Show in New York last week, with Swedish Model Elsa Hosk chosen as the lucky Angel to adorn the bra as it made its debut on the ramp.

Hosk said that when she tried on the bra during a fitting, "it was just a sensation that I've never felt before."

“My body was violently shaking," she said. "And it wasn’t because I was nervous, I was just excited, It was a cool feeling that I’ve never felt before. And it was definitely a moment that I’ll never forget.”

She added that the lingerie as "very cool, very simple, modern and so sparkly. If I would have designed it, it would have looked just like this. I put it on and I was like, ‘It looks like someone just made magic and put it on my body.'”

While the million-dollar bra may be out of reach for many, a similar bra encased with Swarovski crystals will be also be on sale for $250 from the end of November at select stores and online.

Victoria’s Secret was founded by Roy Raymond in San Francisco, California in 1977.