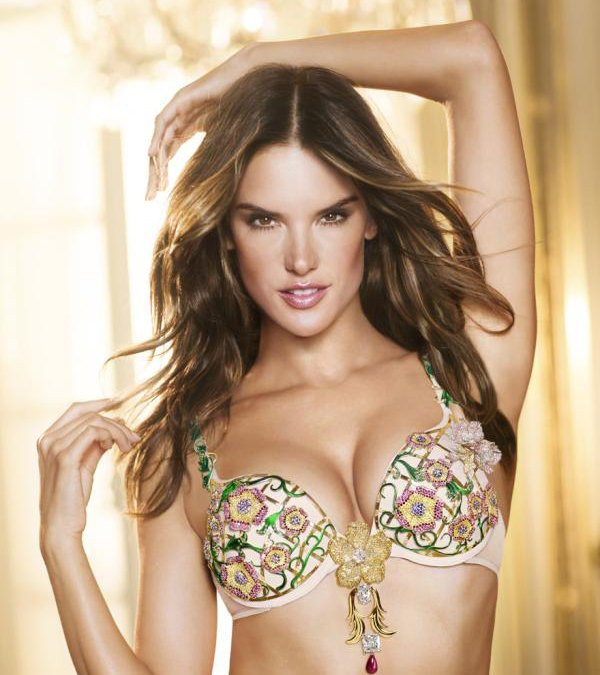 American lingerie company Victoria's Secret has unveiled a new push up bra studded with a mind-boggling $2.5 million worth of jewels

The Floral Fantasy bra is the latest in the brand’s Fantasy range and features a vast assortment of jewels including amethysts, sapphires, rubies and diamonds, as well as a removable 20-carat white diamond in the centre.

Designed exclusively for Victoria’s Secret by London Jewelers of New York, the new bra is accompanied by a matching belt which has been studded with over 5,200 precious gems.

It was debuted by Brazilian fashion model Alessandra Ambrosio as part of the Victoria’s Secret Fashion Show which will be shown on US television in December.

“It was perfect for me,” the model said of the honour. “I felt they made it for me. It’s very romantic.”

Ambrosio first modelled for the label in 2004, appearing in a fashion show wearing an outfit made entirely from candy.