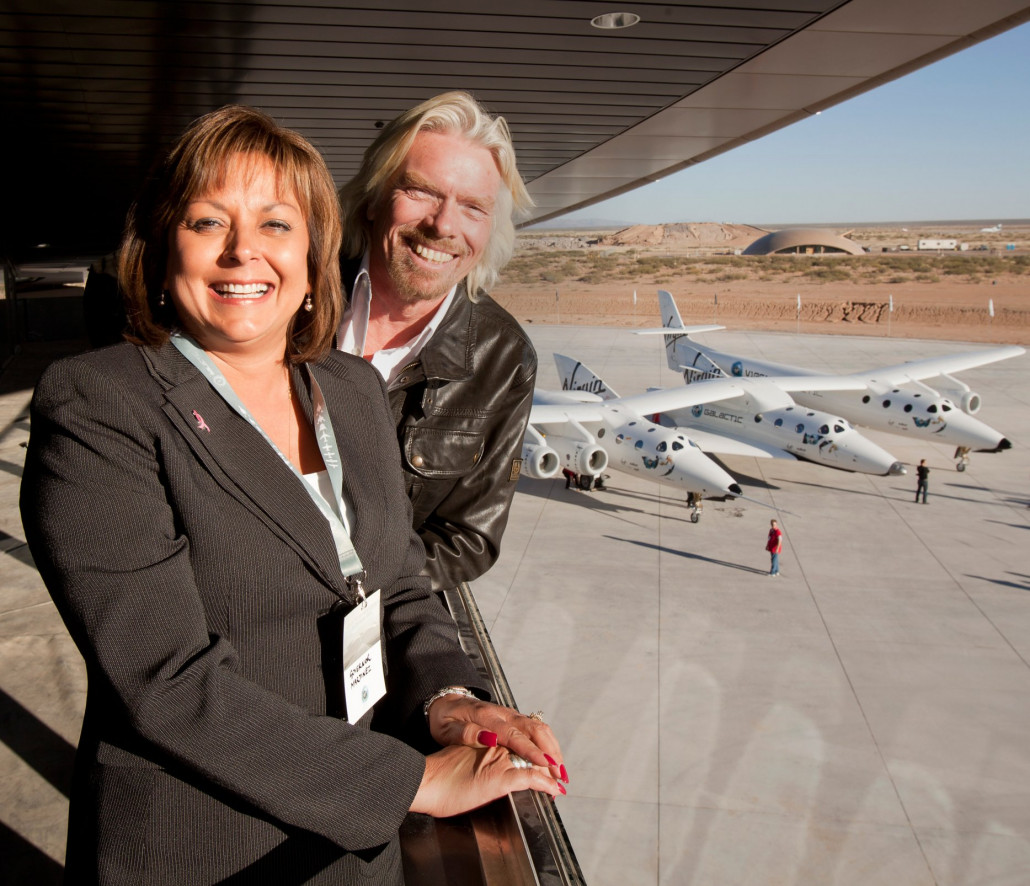 Virgin Galactic, the commercial spaceline set up by Virgin founder and entrepreneur Richard Branson, opened the world’s first ever commercial spaceport in the New Mexico desert on Monday.

More than 800 guests, including Buzz Aldrin – the second person to step on the moon – attended the event, which saw Virgin Galactic’s commercial space vehicles soar through the skies of southern Mexico during the dedication ceremony. Richard Branson inaugurated the building by breaking a champagne bottle against a hanger building, while rappelling down the side of it alongside his two children.

Designed by world-renowned architect Norman Foster, “Spaceport America” will serve as the operating hub for Virgin Galactic and is expected to house up to two WhiteKnightTwos and five SpaceShipTwos, in addition to all of Virgin’s astronaut preparation facilities and mission control.

Speaking at the ceremony, Branson described it as “another history-making day for Virgin Galactic”.

“We are here with a group of incredible people who are helping us lead the way in creating one of the most important new industrial sectors of the 21st century," he said.

“We’ve never wavered in our commitment to the monumental task of pioneering safe, affordable and clean access to space, or to demonstrate that we mean business at each step along the way.”

Last month Branson said he hoped to launch a vessel into space within the next 12 months. Virgin has so far sold more than 430 tickets for space travel — priced at $200,000 a trip.