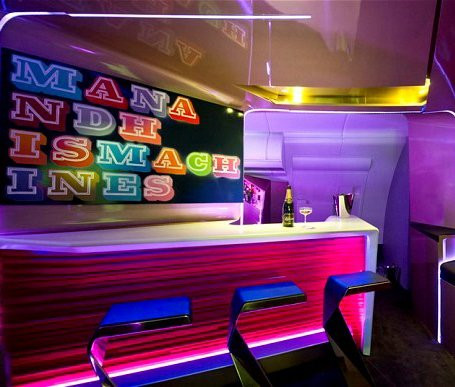 The initiative is part of Virgin’s £100 million revamp of its upper class cabin that currently features a host of lavish facilities including a leather seat that flips into a full flat bed and an in-flight bar.

According to a report in the Daily Telegraph newspaper, the initial exhibition features work by British artist Ben Eine, who received wide attention when one of his pieces was presented by British Prime Minister David Cameron to US President Barack Obama during a state visit last year.

Canvases will be showcased in Virgin Atlantic’s up-market clubhouses in London Heathrow, JFK and Newark and, once on board, passengers will be able to take a virtual tour of the exhibition.

Virgin Atlantic was founded in 1984 as part of Sir Richard Branson’s Virgin Group.