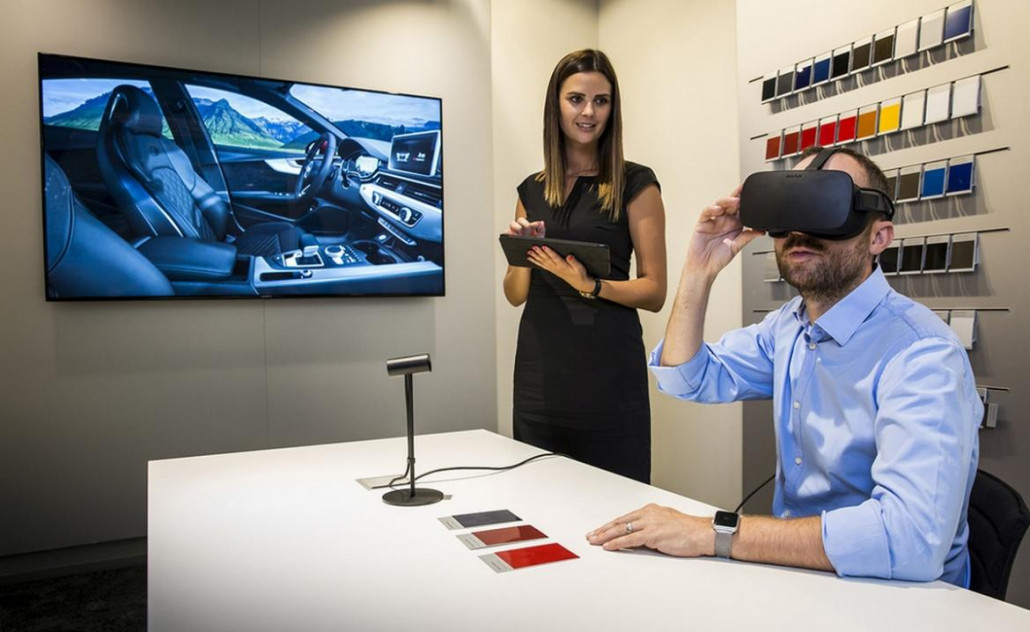 The rise in the power and influence of virtual reality continues apace, and now it is set to be used in the domain of luxury automobiles.

Carmakers have started to invest heavily in the technology in a bid to attract more tech-savvy customers into the showrooms, with German marquee Audi at the forefront of this trend as one of the first manufacturers to experiment with VR technology.

Now Audi has announced that it has launched the world’s first fully functional VR system in a car with the ‘Audi VR experience’ now being introduced in dealerships in Germany, Spain and the UK.

Developed in collaboration with Intel, the Audi VR experience was first demonstrated at the 2016 Consumer Electrics Show in Los Angeles and invites customers to enjoy a realistic simulation of how their own personally configured car would look and feel.

The system allows customers to select and customise every option on a virtual Audi rendered in 360-degree 3D, complete with sound and lighting effects. Users simply have to don by a VR headset to enjoy a complete tour of the car down to the smallest of details.

The system uses an Oculus Rift VR headset for the experience, and Audi has worked with Zerolight to develop the graphics engine required to run the software.