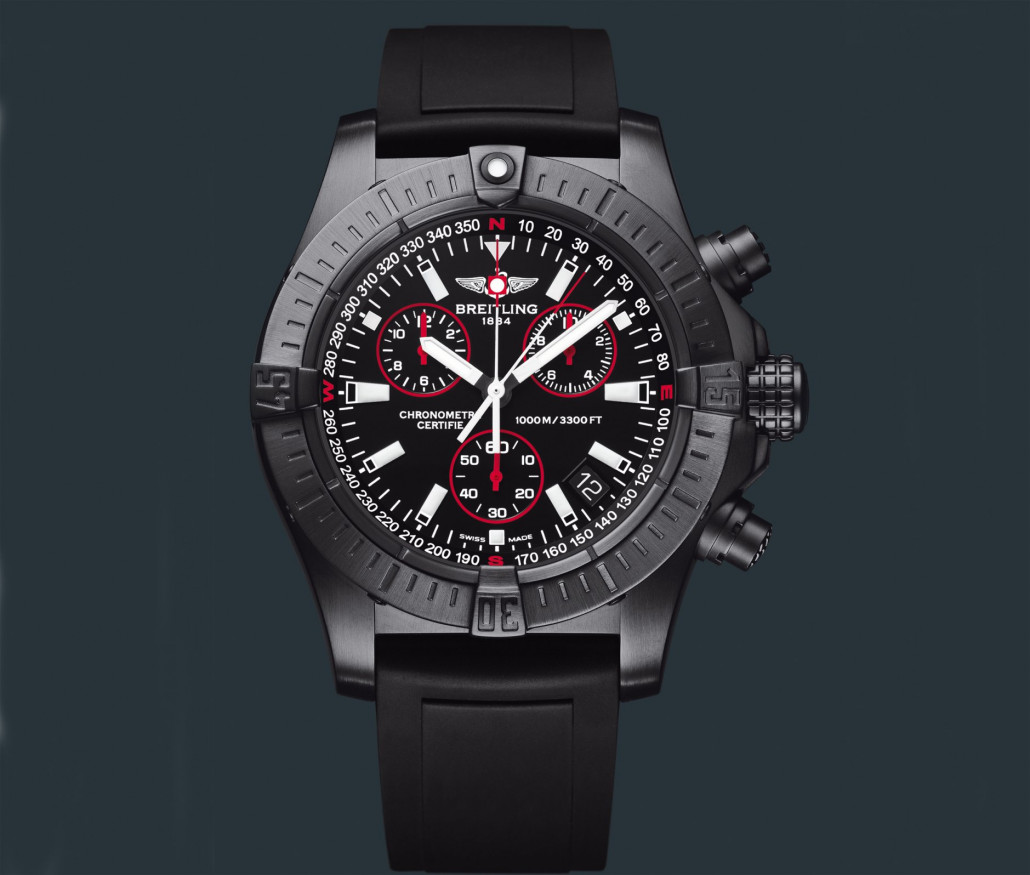 The special edition Avenger Seawolf Chrono Blacksteel from Swiss watch-maker Breitling is billed as the only fully watertight chronograph fully operational at a depth of 1,000 meters.

The end result is that whilst most chronographs cannot be used when diving, the Avenger Seawolf Chrono is left as the only instrument of its type to be watertight and fully operational at such depths.

The chronograph has also been equipped with a decompression valve and a glareproofed sapphire crystal guaranteeing optimal readability in all circumstances.

Other notable features include a black steel case with an ultra-resistant carbon-based treatment, unidirectional rotatina bezel, large screw-locked crown and non-slip pushpieces. A black dial base creates a striking backdrop for the white luminescent hands, hour markers and red-rimmed counters.

Meanwhile a SuperQuartz caliber – exclusive to Breitling – ensures a level of accuracy that the Swiss brand claims is ten times superior to that of standard quartz movements.