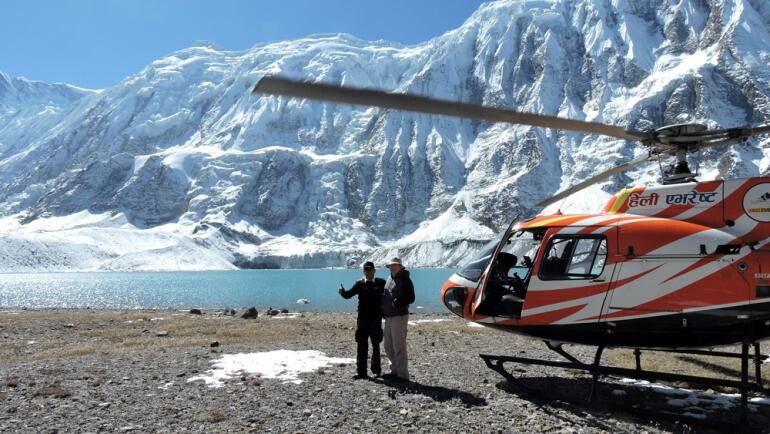 US-based travel company Wheeler Expeditions are offering thrill-seeking travellers the chance to embark on a unique adventure that takes them high above the Himalayan mountains.

The Himalaya Helicopter Expedition is an 8-day adventure that allows guests to explore a total of 8 peaks that stand over 8,000 metres high.

The trip begins in late April, when intrepid guests will board two AS350 B3 helicopters to fly from Kathmandu to Everest Base Camp, situated an impressive 19,000 feet above sea level.

Over the subsequent 8 days guests will be treated to jaw-dropping mountain views as they take to the skies. The helicopters will land to allow guests to explore locations such as Everest’s Western Cwm and Scoundrel’s Viewpoint in Nepal’s Gokyo Valley.

Other highlights will include enjoying views of the world’s highest lake, Lake Tilicho, and visiting the isolated Nepalese Kingdom of Lo. Travellers will be accommodated at high-end hotels including the Yak & Yeti hotel in Kathmandu and Everest Summit Lodge in Pangboche.

The expedition is priced at $22,500 per person (plus extra for flights) and is operated by Jack Wheeler who founded Wheeler Expeditions and has conducted the Himalayan Helicopter Expedition four times already.