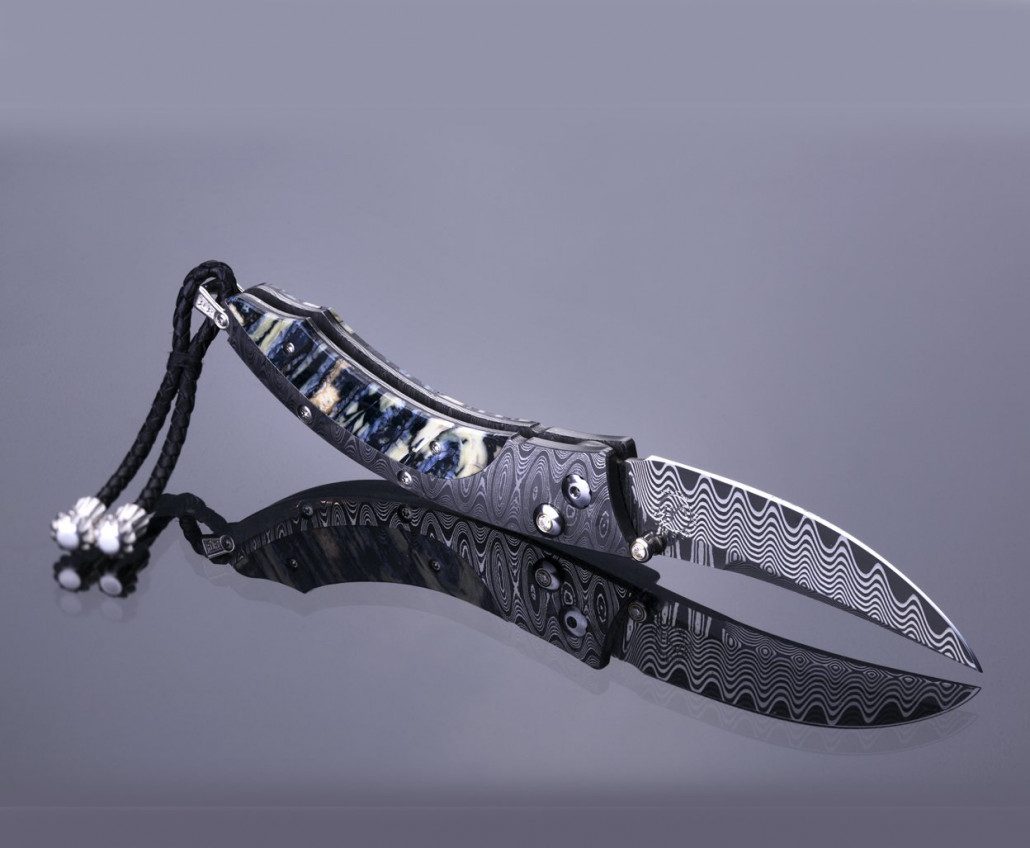 Luxury brand William Henry is teaming up with jewellery expert Scott Keating to design a new collection of luxury items, including a series of lavish pocket knives.

The knives are part of William Henry’s new Bejewelled Collection, based on the brand’s original Ventana Series of knives, and have been augmented with exotic jewels and materials including sapphires, pearl and ostrich leather.

The Ventana Series features a sleek body design and a single button near the beck area of the instruments, which can be used to unlock the blade.

For the new spruced up versions, a range of lavish features have been added, including blue sapphires implanted on the inner steel plates, extensive artistic patterns, an ostrich leather carrying case and a braided lanyard with sterling fittings.

Other notable elements include black lip pearl, a whole set of 100 black diamonds on a golden base, and mammoth tooth from what William Henry claims to be a 10,000 year-old fossil.

Several other Scott Keating-designed luxury items, including writing instruments, money clips and golf tools, will be added to the collection next year.

William Henry was founded by designer and entrepreneur Matt Conable in 1997.